Why Parliament’s vote leaves gay marriage stranded up the aisle

Posted on February 6, 2013 by catholicvoicesmedia

Yesterday’s parliamentary vote on the Marriage (Same-Sex Couples) Bill was, on the one hand, decisive: 400 MPs voted in favour of the legal redefinition; 175 opposed it. Yet in the cold light of next day, the vote looks rather less secure — for three main reasons.

The first is that a third of Parliament, and more than half of those Conservative MPs who voted, voted against. For a major piece of social legislation, which will alter dozens of Acts dating back hundreds of years, that is a bad start. The Bill has to cross many hurdles before it can become law: at committee stage, in a further debate (the Third Reading), and in the House of Lords. At each stage the fine detail will be scrutinised. Serious doubts were expressed in the 70-odd speeches yesterday, even among the Bill’s advocates, about the legal safeguards which the Government had promised would protect Churches and other conscientious objectors to the new state orthodoxy, which holds that equality demands the eradication of sexual difference in marriage. 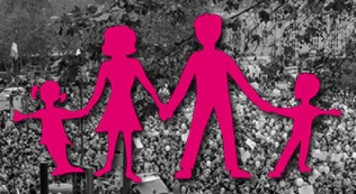 Almost all MPs who spoke in favour of the Bill said they supported it on the assumption that it did, indeed, protect freedom of religion and conscience: some were happy to believe the Government’s reassurances; others were more cautious. But what was clear was that most MPs have an extremely poor idea of what constitutes freedom of religion, which, in speech after speech, the Bill’s proponents equated with freedom of worship, as if the only issue was whether the Church of England would end up being forced into offering same-sex weddings. The question was posed, only to be answered by referring to the Church of England’s briefing to MPs, which accepted this was unlikely. Yet the same MPs ignored that the Church of England (as the Catholic bishops had done earlier) went on to spell out the ways in which a challenge to freedom of conscience and religion was likely — in the case of teachers, registrars, charities, and so on.

Most MPs in favour of the Bill carefully avoided addressing these examples, because they are enormously complex: they lie at the contested frontier between anti-discrimination laws and laws upholding freedom to manifest belief, which are ultimately (as the Government will privately admit) to be decided in Strasbourg. If the reassurances are exposed as uncertain, the backing of many MPs will drain away before the Third Reading, especially if they learn that in other countries which have introduced SSM those freedoms have been seriously curtailed. Gathering that evidence will be a major task of the Bill’s opponents over the next weeks.

Secondly, the House has clearly not yet come to terms with the extraordinary complexity and ambiguity of the state’s policy on marriage contained in this Bill. The assumption of the Bill’s advocates was that it delivers equality, and was therefore a major social advance, for now those who love each other will be able to hitch for life, unimpeded by arcane impediments such as gender. Yet in fact, the Bill proposes to create a bizarre four-tier system of marriage, which is anything but equal, that consists of:

1. Marriages for opposite-sex couples requiring a) vows and b) a supposition of sexual activity & fidelity: hence both non-consummation and adultery invalidate the union. This traditional kind of marriage is reserved, in the absence of a clear definition of same-sex consummation, to heterosexual couples.

2. Marriages for same-sex couples requiring vows but not requiring sexual activity or fidelity (no clauses on consummation or adultery). This de-gendered and de-sexualised union requires no sexual difference and therefore looks only superficially like the first. Because it is only open to same-sex couples, on the other hand, it looks a lot like the remaining two.

3. Marriages for same-sex couples requiring neither vows nor sexual activity/fidelity. In this case, the Bill, following the government’s response to the recent ‘consultation’, envisages that civil-partnered same-sex couples can upgrade their status by filling in a form and paying a fee. In this case, they become legally married, but in a way very different from the first two.

4. Civil Partnerships, distinct from category 3 marriages only in name. Previously a separate category, functionally equivalent but clearly distinct from marriage by virtue of being exclusively available to same-sex couples, civil partnership has now been reduced to a kind of second-class entry-level sub-marriage for those unwilling to ‘upgrade’.

The inconsistencies, iniquities, and contradictions implicit in this new system of marriage  mean that it will be endlessly challenged in the courts, requiring an endless future of parliamentary revisions, as attempts continue to be made to adapt what is so obviously different in nature to the demands of ‘equality’.

In a debate yesterday on BBC Five Live, Catholic Voices director Austen Ivereigh challenged Peter Tatchell, the equalities campaigner, to declare on what ground of reason he would reject a future demand for polygamous unions or short-term marriages. Tatchell replied that equality was concerned with equalising in the law what could be compared ‘like for like’. A homosexual couple, in this reasoning, may be considered akin to a heterosexual couple, and the law should therefore not treat them differently.

Yet the four-tier system above creates various ‘like-for-like’ future claims. Two people of the same sex whose relationship is one of domestic partnership but not sexual — spinster aunts, say — can surely claim that their union is similar to that of (2). Meanwhile, heterosexual couples unwilling to undertake lifelong commitments but still wanting to marry can call for short-term marriage licences (of, say, five years) by saying that they are similar to (3). In both cases — and many more are possible — the logic of equality must see them as being discriminated against.

Thirdly, the Bill has caused deep discomfort across society. Advocates seem sure that most British people favour it; but the best that can be said from the polling data is that most people have not had a chance to realise that ‘marriage equality’ means redefining marriage. When the issue has been properly debated, and people have had a chance to think it through, they turn against it – as in France.

And one of the things that British people will come to realise is that the Bill drives a wedge between the marriage recognised by the state and that recognised by the Churches. It will inevitably lead, as Bishop Philip Egan of Portsmouth has already pointed out, to the separation of the two ceremonies. To most people, that will feel like a loss; and because, even in a secular society, the marriage rite is regarded as something holy, it will have the effect of emptying further the significance which society attaches to marriage.

What may well happen next, then, is the birth of a civil-society revolt that exposes the breach between ordinary people and the politicians who claim to act in their name.

This debate, in short, is far from over.