Posted on June 20, 2013 by catholicvoicesmedia

The 31 May decision by the International Criminal Court to reject a case accusing the Holy See of human rights abuses, made public by the complainants on 13 June, was as predictable as it is welcome. 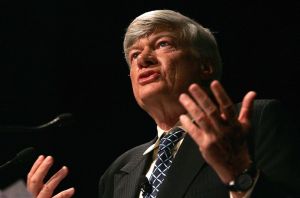 Two American organisations, the Centre for Constitutional Rights (CCR) and the Survivors Network for those Abused by Priests (SNAP), had submitted a complaint to the Hague-based court in September 2011, claiming that then-Pope Benedict XVI, Cardinal Francis Levada, Cardinal Angelo Sodano, and Cardinal Tarcisio Bertone were guilty of “enabling and concealing sexual violence worldwide”.  This complaint followed in the wake of arguments by people such as Geoffrey Robertson, author of the 2010 book The Case of the Pope, holding that then-Pope Benedict should be tried for these alleged crimes.

Even without getting into the substance of the CCR and SNAP complaint, it was always obvious that the ICC would reject their case on procedural grounds alone, as CV Comment pointed out in February.

The complaint related primarily to matters before 2002 when the ICC was set up; yet the ICC cannot try crimes that took place before it was established, as its authority is not retrospective. More importantly, the ICC regards people as culpable for crimes against humanity only if those crimes constitute a widespread or systematic attack directed against a civilian population with the knowledge of the accused. Even those who believe, despite the evidence, that the Pope directed bishops to conceal abuse, do not claim that he directed priests actually to commit abuse.

The ICC has, as expected, rejected the case on several grounds including these issues of “temporal jurisdiction” and “subject-matter jurisdiction”.  Noting that the Rome Statute limits the court to exercising jurisdiction over crimes committed since the court’s establishment in July 2002, and that the Court’s remit is limited to “the most serious crimes of concern to the international community as a whole,” specifically genocide, war crimes, crimes of aggression and crimes against humanity, the Court concluded that that “the matters described in your communication do not appear to fall within the jurisdiction of the Court.”

Jeffrey Lena, the Holy See’s legal advisor, was right to describe the complaint as “a ludicrous publicity stunt” and “a misuse of international judicial processes,” and it is difficult to see how such a waste of the Court’s time can have been justified. 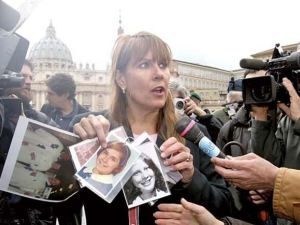 SNAP president Barbara Blaine says she was pleased that the Court didn’t say that Pope Benedict and the named Curia officials were “somehow immune from prosecution.” But the issue of immunity has always been a red herring; the ICC was never asked even to consider it.

Had these procedural hurdles somehow been overcome, however, the CCR-SNAP complaint would then have had to face the fact that despite thousands of pages of documents, there is no reason beyond prejudice to believe the Pope and his colleagues in the Curia had been guilty of the crimes of which they were accused.

As the Vatican has long claimed, until about a decade ago, complaints of abuse received at local parish and diocesan levels were hardly ever communicated to Rome.  This claim is supported by, for instance, three Irish statutory investigations which examined how 86 complaints were handled in Ireland between 1962 and 2009, revealing that prior to 2005 not even one case was reported to Rome.

The reality seems to have been that insofar as abuse was concealed within the Church, it was not a case of Rome directing bishops to conceal abuse, but of bishops choosing to conceal abuse from Rome, even if doing so was contrary to the Church’s own rules, which in many respects fell into disuse and disrespect during the mid-twentieth century. 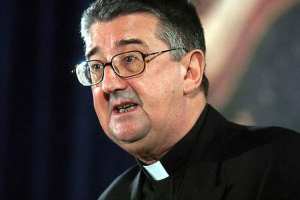 As Pope Emeritus Benedict told Peter Seewald in his 2010 Light of the World interview:

The Archbishop of Dublin told me something very interesting about that. He said that ecclesiastical penal law functioned until the late 1950s; admittedly it was not perfect – there is much to criticize about it – but nevertheless it was applied. After the mid-sixties, however, it was simply not applied any more. The prevailing mentality was that the Church must not be a Church of laws but, rather, a Church of love; she must not punish. Thus the awareness that punishment can be an act of love ceased to exist. This led to an odd darkening of the mind, even in very good people.

There have, of course, been a small number of well-publicised cases where the then Cardinal Ratzinger, whether as Archbishop of Munich or head of the Congregation for the Doctrine for the Faith, allegedly concealed abuse or failed to punish abusers; CV Comment has already explained how allegations related to Peter Hullerman, Stephen Kiesle, and Lawrence Murphy are all groundless. The case of Lawrence Murphy has been seriously misrepresented in the recent film Mea Maxima Culpa.

Barbara Blaine has sought to justify her intentions. “All we were trying to do was to protect other kids and get the church officials to stop the cover-up and stop putting more and more kids at risk,” she says. But this completely ignores the profound transformation which has taken place in the Catholic Church in the west in the past 20 years on this issue, one which has made it a leader in safeguarding.

There is still work to do. Some African bishops’ conferences, for example, have taken too long to submit their guidelines to Rome. But no other western organisation today has done and is doing more to tackle the issue of historic abuse.  The problem with time-wasting publicity stunts like the CCR-SNAP case is that they present a wholly false picture: firstly, that abuse and cover-up have been a problem specific to the Catholic Church, rather than as a broad social phenomenon (a myth which recent revelations of BBC cover-up, complicity and arrests have helped to destroy); secondly, that the Church has done nothing about it — when it so obviously has. By sustaining these myths, SNAP and CCR inadvertently draw attention from where it is most needed — to help abuse survivors and prevent further abuse.

The 2002 report Sexual Abuse and Violence in Ireland found that a massive 27 per cent of Irish adults had been abused in their childhood. Despite widespread perceptions that abuse has come mostly from church ranks — a distortion  which reflects how extensively clerical abuse has been covered in the Irish media — SAVI showed that just 3.3 per cent of Irish abuse survivors had been victims of clergy or members of religious orders such as the Christian Brothers. While this figure is sickeningly high, it is crucial to remember that for every Irish survivor of clerical abuse there are at least 29 other abuse survivors in Ireland. Their stories are rarely told.

The same report found that 4.6 per cent of abuse survivors had been abused by their babysitters. Nearly 60 per cent of survivors had been abused by people within the broad family circle including extended family, family friends, and neighbours.  In 2009 The Irish Times quoted an Irish police detective sergeant fighting internet paedophiles with Interpol as saying that 85 per cent of contemporary child sexual abuse occurs within that family circle.  Abuse in Ireland, is it is clear, is a broad societal problem. 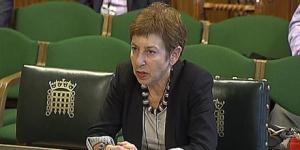 Lest this be seen as a ‘Catholic issue’, the situation in modern Britain may be even worse. The NSPCC’s 2011 study, Childhood Abuse and Neglect in the UK Today, found that 24.1pc of British adults between the ages of 18 and 24 had experienced sexual abuse during childhood or adolescence. As Sue Berelowitz, Britain’s deputy Children’s Commissioner, reported to the Commons Home Affairs committee last year, sexual exploitation of children is rife throughout urban and rural Britain. Describing in graphic detail the pack-raping of young girls by adolescent males, she insisted that “people need to lay aside their denial”, so victims can muster the courage to come forward.

Things seem to be no better in continental Europe, if the 2007 Baltic Sea Regional Study of Adolescents’ Sexuality can be trusted. Thousands of adolescents in their late teens were surveyed across five countries – Norway, Sweden, Lithuania, Estonia, and Poland – revealing that, for instance, 37 per cent of the girls and 16.4 per cent of the boys across the five countries reported having experienced indecent contact, this figure being as high as 56.2 per cent among Swedish girls. Meanwhile, some 10 per cent of all girls had experienced unwanted sexual intercourse, rising to 13.3 per cent among Lithuanian girls.

How SNAP and CCR can help survivors

Sexual abuse is a tremendous problem in the modern world, to which society has now woken. It must be combatted with all the resources at our disposal. The Catholic Church, which on this issue has been far ahead of the rest of society for many years, offers many such resources, born of painful lessons, which have resulted in demonstrable success: rates of abuse within Catholic institutions are now tiny, and well below those in the rest of society. Rather than bringing spurious, distracting cases, SNAP and CCR would serve abuse survivors better by acknowledging those real improvements — and pressing other institutions, such as the BBC, to learn the same lessons.

This blog offers comments on news stories as they relate to the Catholic Church. For more information on Catholic Voices visit www.catholicvoices.org.uk
View all posts by catholicvoicesmedia →
This entry was posted in Uncategorized and tagged abuse, human-rights. Bookmark the permalink.