Lessons from the vigils: why the witness must go on

Posted on June 21, 2013 by catholicvoicesmedia

In the long and what often seems to be a fruitless struggle to awaken contemporary society to the humanity of the unborn, news that the UK’s largest abortion provider will cease offering  terminations at its central London clinic is a moment for gentle rejoicing. 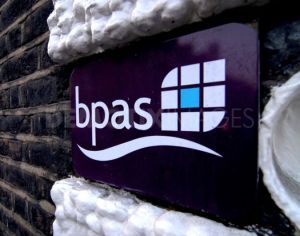 As BPAS was anxious to point out, its Bedford Square clinic has not closed; but buried in the pseudo-therapeutic language of its statement (“We have expanded services at our clinic in Stratford, in order for early medical abortion care to be closer to the women we treat”) is a clear indication that it will no longer offer abortions in its flagship central London location.

We cannot know exactly what lay behind that decision. But is likely to have had much to do with the the pro-life organisation 40 Days for Life, which since spring 2011 has organised five 40-day 12-hour vigils outside the clinic. Among the 1,000 people gathering in prayer and witness for life, are some who also offer advice and encouragement to distressed women entering the clinic under often intense pressure. As a result of their presence, prayers and offers of help, says 40 Days, some 20 women considering or booked in for abortions at Bedford Square opted instead to give birth to their children. 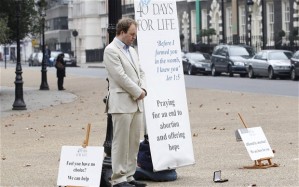 All of which attracted extraordinary fury and hostility from pro-abortion activists, who turned up in numbers to jeer at them. Some later falsely claimed, through the Guardian, that the women entering the clinic were being “harassed”.

The result of this mêlée was public attention and media scrutiny, leading some women to choose to stay away; and that, surely, is why BPAS has changed its strategy (according to its spokeswoman in the Catholic Herald) to “opening up smaller clinics, more of them, nearer to where women live”. According to 40 Days, the decision reflects “the increasing unease that the British public have with regards to the high-profile presence of such facilities in our towns and cities across the UK”.

The unease has never gone away and is growing. Most British people do not share the creed of radical autonomy to which BPAS appeals in its call for the sovereign will of the mother to determine the life or death of her unborn child. They are appalled that abortion is seen as a back-up to contraception failure, a casual lifestyle choice, or as a eugenic measure to dispose of babies that are disabled or the wrong gender. The polling, especially among women, shows half of them want to see abortion more restricted.

It is an unease felt even by Lord Steel,  architect of the 1967 law, who insisted recently that it was “never the purpose” of the law that women would use abortion as a form of contraception. (He was speaking in response to figures showing that 36 per cent of those who had abortions in 2011 had had them before  — and over 17,000 had more than three). Law teaches culture, and culture draws its own conclusions. It is now hard for most people not to understand why abortion is not simply a matter of personal choice. Stories last year exposed the way clinics regularly flout the law’s restrictions, offering, in effect, abortion on demand — and sometimes in order to commit gendercide. This growing unease comes to the surface whenever leading politicians call for more restrictions — as happened last year. 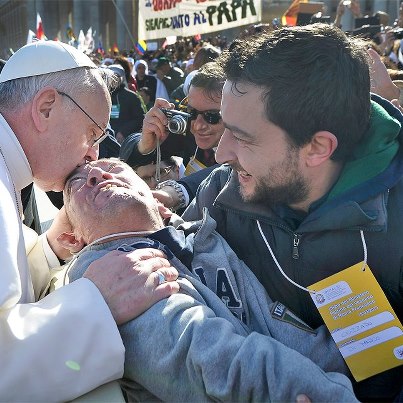 But mostly, the issue seldom surfaces. The silent extermination of the unborn on a massive scale continues, barely noticed or commentated upon; while the disabled — whom every Wednesday Pope Francis hugs and kisses in St Peter’s Square in heartbreaking scenes of joy and love — are fast disappearing from our streets.

That is why the very public witness of 40 Days for Life and others of its kind are so vital.  They witness to the fact that there is always a choice: that you can get off the conveyor belt that leads into the abortion clinic; that you can turn and ask for help, and find it there, waiting.

And that witness in turn presents society with a choice. Abortion is not the solution to unplanned pregnancy; and a public policy built on that presupposition is deeply flawed and wrong.

That was made startlingly clear at a recent Catholic Voices Academy briefing by Professor Sebastián Illanés, a Chilean gynaecologist. In his South-American nation, abortion has been illegal since 1989; yet no-one dies there from back-street abortions, and maternal mortality rates are among the best in the world. (Abortion mortality rates, it turns out, have little or nothing to do with whether or not abortion is legal: in the UK, maternal mortality rates dramatically improved prior to the 1967 Act, while in the 1970s, as Dr Peter Saunders shows, as many women died from legal abortions as illegal ones. The old mantra that ‘legal’ means ‘safe’ is an urban legend.)

Dr Illanés also shared the data on pregnancies as result of rape. The likelihood of pregnancy resulting from a single act of rape is so small as to be almost statistically insignificant, for a variety of physiological and other reasons. Where pregnancy results from rape, it is in consequence of systematic, repeated rapes, of the sort that normally occurs within families — as in the case of uncles abusing their nieces, for example.

An abortion, in these circumstances, is not just compounding one tragedy with another; it is also concealing the real issue that needs to be confronted — the abuse.

Pro-choice groups used to say abortion was beneficial for women; now they say it does no harm. But that is not true. Abortion increases the likelihood of pre-term delivery in the next pregnancy, and dramatically increases the chances of depression, drug and alcohol abuse. On public health grounds alone, even if it were possible to leave aside moral questions, the case for discouraging abortion is unanswerable.

BPAS will continue to offer abortions: too many have too much invested in it,  financially and ideologically, for it to be otherwise. But that is also why the struggle for the recognition of the humanity of the unborn must continue. And just occasionally, as in Bedford Square, it will glimpse a result.

As Pope Francis said on 17 June:

Let us always remember, however, that the Adversary wants to keep us separated from God and therefore instils disappointment in our hearts when we do not see our apostolic commitment immediately rewarded. Every day the devil sows the seeds of pessimism and bitterness in our hearts.

… Let us open ourselves to the breath of the Holy Spirit, who never ceases to sow seeds of hope and confidence. Don’t forget that God is the strongest and that if we allow him into our lives nothing and no one can oppose his action.

This blog offers comments on news stories as they relate to the Catholic Church. For more information on Catholic Voices visit www.catholicvoices.org.uk
View all posts by catholicvoicesmedia →
This entry was posted in Uncategorized and tagged Abortion. Bookmark the permalink.

1 Response to Lessons from the vigils: why the witness must go on