Francis on women and the Church: what did he mean?

Posted on August 12, 2013 by catholicvoicesmedia

Buried in the long press conference aboard the papal plane on 28 July, and under-reported because of the focus on his remarks about gay people in the same interview, was an intriguing response by Pope Francis to a journalist’s question about women.

“You have said that without women, the Church grows barren”, said Jean-Marie Guénois of Le Figaro. “What concrete measures will you take?”

A Church without women is like the College of the Apostles without Mary.  The role of women in the Church is not simply that of maternity, being mothers, but much greater: it is precisely to be the icon of the Virgin, of Our Lady; what helps make the Church grow!

But think about it, Our Lady is more important than the Apostles.  She is more important.  The Church is feminine.  She is Church, she is bride, she is mother.  But women, in the Church, must not only … I don’t know how to say this in Italian … the role of women in the Church must not be limited to being mothers, workers, a limited role …  No!  It is something else!

Paul VI wrote beautifully of women, but I believe that we have much more to do to make explicit this role and charism of women.  We can’t imagine a Church without women, but women active in the Church, with the distinctive role that they play.

I think of an example which has nothing to do with the Church, but is an historical example: in Latin America, Paraguay.  For me, the women of Paraguay are the most glorious women in Latin America.  After the war, there were eight women for every man, and these women made a difficult choice: they chose to bear children in order to save their country, their culture, their faith, and their language.

In the Church, this is how we should think of women: making risky choices, yet as women.  This needs to be better explained.  I believe that we have not yet come up with a profound theology of women in the Church.  All we say is: they can do this, they can do that, now they are altar servers, now they do the readings, they are in charge of Caritas (Catholic charities).  But there is more — we have to develop a profound theology of womanhood.  That is what I think. 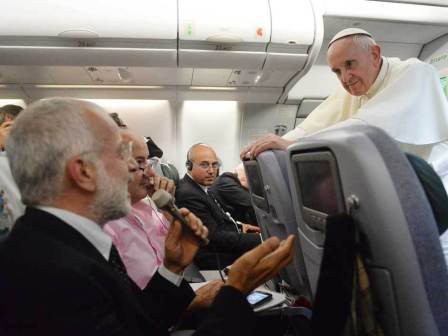 Later, in response to a further question from a Brazilian journalist, Anna Ferreira, about women’s participation in the Church and women’s ordination, the Pope said:

I would like to explain a bit more what I said about women’s participation in the Church.  It can’t just be about their acting as altar servers, heads of Caritas, catechists… No!  They have to be more, profoundly more, even mystically more, along with everything I said about the theology of womanhood.

And, as far as women’s ordination is concerned, the Church has spoken and said: “No”.  John Paul II said it, but with a definitive formulation.  That door is closed, but on this issue I want to tell you something.  I have said it, but I repeat it.  Our Lady, Mary, was more important than the Apostles, than bishops and deacons and priests.  Women, in the Church, are more important than bishops and priests; how, this is something we have to try to explain better, because I believe that we lack a theological explanation of this.  Thank you.

What does all this mean? 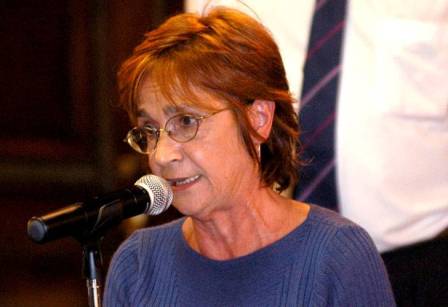 There is no doubting the importance which Francis attaches to women and their role in the life of faith and of the Church. Alluding to Mary’s significance  in the growth of Christianity, he says that she is “more important than the apostles” and in the second answer, referring to today, he describes women as “more  important than bishops and priests.” Given the significance of the priesthood in the theology and canon law of the Church, this is not a small claim.

Pope Francis has regularly washed the feet of women at Easter

In the second answer, he dismisses the idea that the priestly role is somehow of higher value than any role to which a woman has access within the Church. Pope Francis reiterates the point in On Heaven and Earth: ‘The fact that a woman cannot exercise the priesthood does not make her less than the male. Moreover, in our understanding the Virgin Mary is greater than the apostles.’

The role of women in the Church, he says, is much more than maternity; it is a “distinctive” role, enabling the Church to “grow”. And he alludes, not to John Paul II’s landmark documents –  Mulieris Dignitatem of August 1988 and ‘Letter to Women’ of June 1995  — but to Paul VI and to (presumably) his famous 1965 address to women at the closing of the Second Vatican Council. (The message was represented by Benedict XVI in October 2012; Kathryn Jean Lopez, director of Catholic Voices USA, was in Rome to receive it. See her account.)

Paul VI told women in 1965 that while the Church was proud to have “glorified and liberated” women, and to have “brought into relief her basic equality with man”, the time had come, he said, “when the vocation of woman is being achieved in its fullness”, when “woman acquires in the world an influence, an effect and a power never hitherto achieved”. And he entrusted them with bringing “the spirit of this Council into institutions, schools, homes and daily life”, adding that “it is for you to save the peace of the world”.

Pope Francis seems to suggest that the working out of the fullness of women’s vocations is still some way off: at the moment “all we say is: they can do this, they can do that, now they are altar servers, now they do the readings, they are in charge of Caritas”. That is clearly insufficient. “No! It is something else!” he says. And in the second answer, he says women have to “be more, profoundly more, even mystically more.”

What is this ‘more’, this ‘something else’?

In response to Guénois, he says: “The Church is feminine. She is Church, she is bride” – a point also brought out clearly in On Heaven and Earth:

Catholics, when we speak of the Church, we do so in feminine terms. Christ is betrothed to the Church, a woman. The place where it receives the most attacks, where it receives the most punches, is always the most important. The enemy of human nature – Satan – hits hardest where there is more salvation, more transmission of life, and the woman – as an existential place – has proven to be the most attacked in history. She has been the object of use, of profit, of slavery, and was relegated to the background.

The language here suggests what the ‘mystically more’ in the second answer might mean: “more salvation, more transmission of life”. He speaks of women as an “existential place” within the story of salvation — the place where Satan attacks hardest. The implication is that Satan attacks hardest what is most important to God. 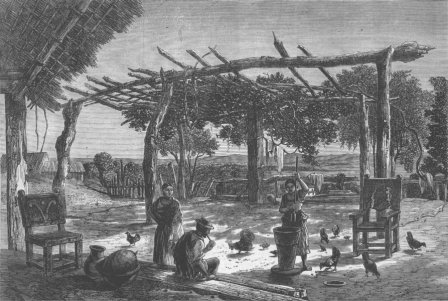 A scene from the War of the Triple Alliance

Intriguingly, Francis then gives Guénois a concrete example from Latin-American history—the 1864-70 War of the Triple Alliance (also known as simply as the ‘Paraguayan War’), which was to the Southern Cone nations of Latin America what the Civil War was to the US at about the same time.

War of the Triple Alliance

Paraguay, then a far larger and more important country than it would be after the conflict, took on the ‘triple alliance’ of Brazil, Argentina and Uruguay in one of the bloodiest wars in modern history — almost 400,000 deaths. But for Paraguay, forced to concede over half of its territory to its victorious neighbours, it was particularly devastating, not least in terms of its population. Paraguay lost about 60 per cent (300,000) of its pre-war (500,000) inhabitants, almost of all of whom were men. This meant, as Pope Francis said, there were eight Paraguayan women for every Paraguayan man after the war. It was the women who rebuilt the country, starting with the population itself.

Women, in this dramatic example, are not only bearers of children but of culture, civilisation, language. They are key to salvation  because they not only bear life but nurture it, making risky decisions — as a mother does to protect her child — in order to resist what threatens it.

In this sense, while the Church continues to be ‘governed’ by men (bishops, cardinals, the Pope) who alone receive priestly orders, courageous women transmit the life of faith and of the Church.

There are two things to note here. The first is Pope Francis’s admiration for women. He admires women who bring ‘more salvation, more transmission of life’ than can be achieved through the action of men. He acknowledges the risk and hardship involved in doing so, and he recognises that attacks on women come because women are ‘most important’. Secondly, ‘life’ has a dual meaning: it is  both human life and cultural/spiritual life.  This dual meaning frees women from being defined through their reproductive function or as mothers. Any woman has the ability to nurture and transmit life this way  — regardless of whether she is able to bear children.

Pope John Paul II named this distinctive capacity of women as “the feminine genius”. It refers to the capacity women have for nurturing the cultural, spiritual, moral, and emotional life of others through a gift of self, an idea he explored at length in Mulieris Dignitatum and his Letter to Women. Pope Francis believes there is much more to do in “making explicit this role and charism of women”, and especially in relation to women’s specific role in the Church (“Women, in the Church, are more important than bishops and priests; how, this is something we have to try to explain better’”); what is lacking, he says, is a “theological explanation”. 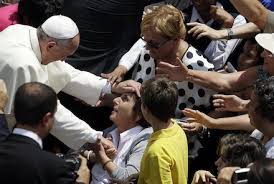 This is not Pope Francis criticising his predecessors for having failed to come up with such an explanation. And nothing he said on the papal plane contradicted any of the insights of Paul VI and John Paul II. But he knows that a coherent, compelling Catholic theology of womanhood is still work in progress.

[NB A Catholic Voices-inspired project, the Hildegard Group, has been helping to develop such a theology.]

This blog offers comments on news stories as they relate to the Catholic Church. For more information on Catholic Voices visit www.catholicvoices.org.uk
View all posts by catholicvoicesmedia →
This entry was posted in Uncategorized and tagged feminism, Pope Francis, women, women in the church. Bookmark the permalink.

2 Responses to Francis on women and the Church: what did he mean?