Posted on September 6, 2013 by catholicvoicesmedia 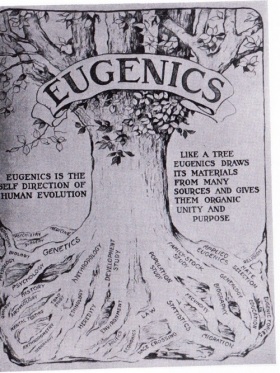 The early twentieth-century movement in favour of abortion was led by eugenicists — enlightened, progressive, scientifically-minded people who sought to create a society free from disability, racial inferiority and poverty by means of the selective killing of the unborn. Eugenics was a socially acceptable, high-minded point of view in the first decades of the twentieth century, embraced by famous writers, scientists, and reformers — among them the great economist John Maynard Keynes, who served on the governing council of the Eugenics Society in the 1940s. But the movement was discredited by the Nazi gas chambers. The world saw the effects of a state policy that eliminated people for being Jewish, crippled, gypsy or gay, and recoiled in horror.

But the rejection of  eugenics as state policy hasn’t stopped a eugenic society coming into being. The disposal of the unborn disabled, for example, is now routine in modern western societies, usually agreed to after the first pregnancy scan in decisions hidden from scrutiny and seldom ever discussed. Abortion in the US, notes Dennis Sewell in his book The Political Gene, is far more common among the poor, and racial minorities, than among middle-class white people: nearly 60 per cent of non-Hispanic black pregnancies in New York ended in abortion, according to statistics released in 2011. 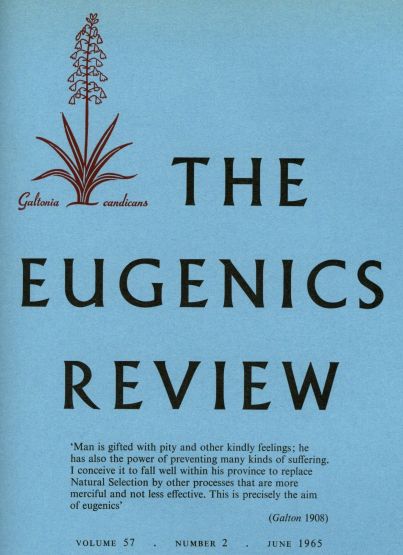 The practice of eugenics is becoming common not by the totalitarian route of the state ordering the deaths of particular categories of people, but by the democratic route of the law allowing individuals to make eugenic decisions.

The language that justifies them is that of autonomy (“not right for me at this time”) or even compassion (“not fair on him to be born”) but the effect is the same: the disposal of those deemed unworthy to live because of some characteristics regarded as a defect. Sewell’s book quotes Frederick Osborn, one of the leaders of the American Eugenics Society, hailing laws allowing birth control and abortion as “great eugenic advances of our time”, noting that “if they had been advanced for eugenic reasons” — rather than via the ethic of autonomy — “it would have retarded or stopped their acceptance”.

Yet the spirit and letter, at least, of Britain’s 1967 Abortion Act is firmly against eugenics. It does not allow abortion on demand, and only when a mother’s health is at risk. But time and again, when the law has been broken, no action has been taken; and so the Act has gradually stretched, in incremental stages, to embrace abortion on demand, and for eugenic purposes. 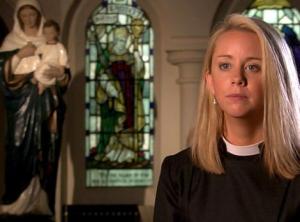 In the UK, abortions are allowed up to 24 weeks unless the child has a ‘serious handicap’ ; but what constitutes such a handicap is a mystery — the reasons for allowing abortions are surrounded by patient confidentiality. But in 2001 the veil was briefly lifted after the Revd Joanna Jepson — who had been born with a cleft palate, easily corrected by surgery in her teens — won a judicial review revealing the numbers of those who had been aborted for that reason, among them a 28-week-old baby aborted in December 2001 in Hertfordshire. Although this was unlawful killing under the terms of the Act, the Crown Prosecution Service (CPS) decided that the doctors involved had acted in good faith and that there was insufficient evidence for a prosecution.

Now the CPS has decided it is not in the public interest to prosecute two doctors who agreed to carry out the abortions of baby girls simply because of their gender. The CPS’s reasoning – spelled out here — makes little sense: it says that a crime has been committed, and there is sufficient evidence to prosecute, but that the matter is better dealt with by the General Medical Council (GMC). The suspicion is that because this involves matters of both gender and ethnicity — the desire to avoid girls is particularly strong in some Asian cultures — the CPS is simply afraid to enforce the law. (Yet, ironically, as Fraser Nelson points out, in India, where female foeticide is common — girls do not have the social value of boys — the prime minister had deplored it as a national shame and outlawed the practice.) 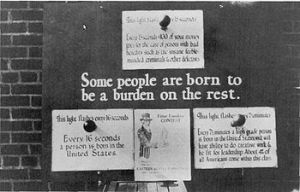 Whatever the CPS’s motives, the effect of not prosecuting is obvious. It endorses the view of the abortion industry that sex-selective abortion may not be illegal and may well be justified (see Ann Furedi comments here). And it reinforces the widely accepted view — one based on an ethic of radical autonomy — that the one with the power to give or take life, the pregnant mother, has the right to decide the criteria governing that decision.

Thus does the law endorse the eugenic decisions of individuals; thus is the road to a eugenic society shortened.

Thus does the goal of a society founded on what Pope Francis calls a “culture of encounter” — in which the weak and the poor are included, and their value affirmed — move further from our grasp, and a “throwaway culture”, in which the strong dominate, and the vulnerable are cast aside, move ever closer.

(A Facebook page has been created calling for an investigation into sex-selective abortions, with suggested text for writing to the Secretary of State, Jeremy Hunt).

Many people are rightly very concerned about the CPS decision not to prosecute in the case of the doctors who were willing to conduct abortion as a means of gender selection, and  I welcome the intervention of the Health Secretary.  Abortion is always an injustice to the child who is unwanted, and sex selection though abortion is just one expression of that injustice.  The existing law should be enforced, but what is needed above all is a soul searching and honest debate about how our culture and society needs to change if the rights of unborn children are to be protected.

3. And by a member of Catholic Voices, Peter Smith (not the Archbishop!) here.