Posted on December 14, 2013 by catholicvoicesmedia

Together with the Nobel Prizes, Time Magazine’s ‘Person of the Year’ is as close to one can get in the secular world to the Catholic Church’s saint-making process. It is an honour — although not one that a pope would ever seek; and if it is not an honour, it is at least an important indication of the impact Pope Francis has had in just nine months on the world beyond the Church.

And few would disagree with the reason that Nancy Gibbs, the magazine’s editor, has given for its decision:  “For pulling the papacy out of the palace and into the streets, for committing the world’s largest church to confronting its deepest needs and for balancing judgement with mercy, Pope Francis is TIME’s Person of the Year 2013.”

But canonization is an imperfect, human process, which necessarily reflects the priorities and limitations of those carrying it out — which is why the Catholic Church’s own saint-making process is deliberately protracted. Lacking that time, TIME must saint-make annually; a certain lack of perspective is inevitable — as are the errors.

Some of them are  minor.  Gibbs says, for example, that Francis wears “no gilded cross, just an iron one, around his neck” whereas it is, in fact, silver — the same pectoral cross he had as bishop. She also says that Francis has chosen to live in a “spare hostel” in the Vatican; does she mean that it was available for occupation, or that it is austere? Neither is true. The Santa Marta is a busy Vatican guest house, and rather nicely, if soberly, done up in marble and wood; Michelin would give it three stars (but take one off for the lack of wifi and cable TV).

In the long, detailed piece that follows the magazine seeks to portray Francis as a man of the world in contrast to his predecessors.   “John Paul II and Benedict XVI were professors of theology,”write Howard Chua-Eoan and Elizabeth Dias, whereas “Francis is a former janitor, nightclub bouncer, chemical technician and literature teacher.”

Francis trained and qualified, it is true, as a chemical technician — for a few years before entering the seminary aged 20; and was a literature teacher as a Jesuit. And the Pope himself said recently that he was a nightclub bouncer as a student, but didn’t give further details (and no one in Argentina has ever heard him say this). And he did do some odd jobs as a teenager.

But it is unfair to make out that Francis knew what it was to do ordinary work, unlike his predecessors. Joseph Ratzinger may have spent most of his life as a theology student or professor, but at the same age Jorge Bergoglio was testing food in a laboratory, Karol Wojtyla was sent to work in wartime Krakow as a labourer in a lime quarry in freezing temperatures, wearing only wooden clogs.

The main problem with the article, however, is the way it tries to get Francis to fit a liberal frame — given away by its initial announcement (hastily corrected) that “the first Jesuit Pontiff won hearts and minds with his common touch and rejection of church dogma”.

The difficulty for Time is that the very evidence provided by the magazine itself undermines that claim. So it is forced to portray Fra

ncis as a kind of master spin-doctor, a “very canny operator” who “makes masterly use of 21st-century tools to perform his first-century office”. (Incidentally why describe the papacy as a “first-century office” but not the American presidency as an “eighteenth-century office”? Why is it odd for the Vatican to use email, but not the White House?) The “twenty-first century tools” meanwhile turn out to be these: “he is photographed washing the feet of female convicts, posing for selfies with young visitors to the Vatican, embracing a man with a deformed face”.

Francis washes peoples’ feet because that is what popes and all priests do at the Holy Thursday Mass; and Francis chose female convicts because — like Aids patients, or the disabled — they are people left behind by society. The Pope is not using a modern tool but a Biblical command — as is his embrace of the disabled. The cameras that record these might be modern, but they are not why he does it (and mostly in his life he has done these things without others even knowing.) 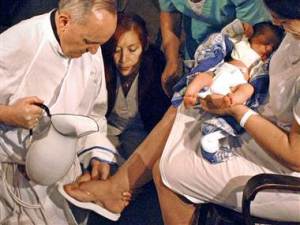 Time notes that Francis has struck a different chord on doctrinal questions but struggles to understand what it is. “He has not changed the words, but he’s changed the music”, says Gibbs, while the reporters say: “Francis signals great change, while giving the same answers to uncomfortable questions”.

Time does not consider that the answers are the same because they are church teaching, which popes hand on. Hence its later observation that “Francis has been skilfully citing the writings of former Pontiffs, stressing continuity”, as if this were some savvy PR move; but popes always cite their predecessors, because they are developing what has been handed to them. It would be news if he didn’t; it isn’t news that he does.

When it is claiming that Francis really has changed things, Time cites the letter of an Indian cardinal:

In August, another member, Cardinal Oswald Gracias of India, issued one of the most expansive comments about gays that the church has ever made, stating that while the church does not allow gay marriage, homosexuality is not a sin. “To say that those with other sexual orientations are sinners is wrong,” he wrote to an LGBT group in Mumbai. “We must be sensitive in our homilies and how we speak in public and I will so advise our priests.”

Yet Catholic leaders have been endlessly pointing out that the homosexual condition is not sinful, only the acts; and Cardinal Gracias would be surprised to learn that his simple repetition of this teaching is “expansive”. True, Cardinal Gracias was inspired to emphasise this because of Francis’s interview on the papal plane back from Rio, but this only makes the point that Francis has not changed church teaching, but rescued its forgotten priorities.

Time, missing that point, is forced to conclude that Francis, with his words about homosexuality, was merely “changing the tone” rather than the doctrine, “searching for a pragmatic path to reach the faithful who had been repelled by their church or its emphasis on strict dos and donts.”

But far from being a “pragmatic” move — as if driven by strategic considerations — Francis is concerned that the Church proclaims its teaching on homosexuality and other issues in what he calls “a missionary key”. That means placing the teaching in the context of God’s healing love. His concern is to avoid putting the defence of the truth of the Church’s teaching before that proclamation. If people hear only a prohibition, but are not brought into relationship with God through Jesus Christ’s love and mercy, then the Church’s preaching is fruitless and inevitably misunderstood.

In the same vein, Time sums up Francis’ declarations in the Spadaro interview as “in short, ease up on the hot-button issues”. But that’s not a great summary. The summary should be: “don’t insist on the truths of church doctrine without first presenting the merciful face of Christ.” Francis is not trying to hide the teaching, out of embarrassment; he’s trying to restore the context in which those truths should be proclaimed.

The idea of Francis as a consummate operator, a kind of brilliant PR supremo, is a way of 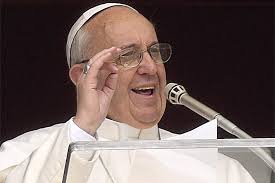 keeping the real challenge of this papacy at a distance, while apparently resolving Time’s connundrum between two apparently contradictory positions: “Francis is changing” and “Francis is not changing” church teaching. But “savvy operator” just doesn’t wash, because what the world loves about Francis is precisely his integrity. Seldom has a human being been so obviously what he preaches.

The third possibility is not one the magazine considers: It is not an attempt to alter, or modernise, the Revelation entrusted to the Church; but it is a radical attempt to preach it better, in context, and more effectively; and the purpose is not to boost numbers or improve the Church’s image, as a PR strategy aims to, but because of a deep conviction. The Pope, it turns out, genuinely believes that a humanity that draws near to its Creator will lead to a happier, healthier, more loving world.

[Austen Ivereigh is writing a book on Pope Francis]