Posted on May 9, 2014 by catholicvoicesmedia

On Monday members of the United Nations Committee against Torture challenged Archbishop Silvio Tomasi, the Holy See’s ambassador to the UN, to explain just what the Church was doing to combat clerical child abuse. Treating sexual abuse as a kind of torture — heedless of how the Convention Against Torture is clearly directed at repressive governments which engage in the practice to gain or keep power — the American member of the committee, Felice Gaer, demanded that Tomasi:

show us that, as a party to the convention, you have a system in place to prohibit torture and cruel, inhuman and degrading punishment when it is acquiesced to by anyone under the effective control of the officials of the Holy See and the institutions that operate in the Vatican City state.

Yet a quick glance at the weekend’s news would have shown her the latest efforts in the Holy See’s efforts to tackle abuse within the Church. Since 2001, of course, the Holy See has grown increasingly vigorous in demanding that bishops’ conferences adopt stringent guidelines, many of which are models for other organizations; and hundreds of priests have passed through jails and been laicized. Yet Georgian Committee member George Tugushi earnestly claimed that the Holy See needed to “begin to change the climate of impunity”.

As Archbishop Tomasi explained in response to this:

It’s clear that the issue of sexual abuse of children, which is a worldwide plague and scourge, has been addressed in the last 10 years by the church in a systematic, comprehensive, constructive way.

In 2001, Pope John Paul II issued Sacramentorum  Sanctitatis Tutela, reserving to the Congregation for the Doctrine of the Faith the authority to investigate allegations of sexual misconduct by priests with minors under the age of eighteen years; previously allegations were meant to be reported to the CDF – but this rarely happened, and usually only when they pertained to the abuse of young children or in the context of confession. The then Cardinal Ratzinger then issued De Delictis Gravioribus (2001) updating the Church’s historical protocols for handling abuse allegations and recognising a ten-year statute of limitation on the sacramental abuses which the CDF could investigate, extending that statute of limitation to ten years after the eighteenth birthday in the case of those alleging abuse. The following year the Pope granted the CDF the power to derogate from this limitation period on a discretionary basis.

In 2010 the CDF issued a Guide to understanding Basic CDF Procedures concerning Sexual Abuse Allegations, explaining in layman’s language how allegations are investigated at a local and a central level. This guide reflected not merely the rules established in 2001, but also broader and more fundamental principles of canon law. Also in 2010 the CDF issued Normae de Gravioribus Delictis, revising De Delictis Gravioribus to speed up disciplinary processes and extend the statute of limitations to 20 years after the eighteenth birthday with the possibility of further discretionary extensions.

That these procedures have been introduced and improved over time, based on experience, is a matter of public record, and in January it was reported that about 400 priests had been laicised by Pope Benedict in 2011 and 2012. Addressing the UN Committee, Archbishop Tomasi was more precise with his figures, explaining that since 2004, more than 3,400 credible cases of abuse had been referred to Rome. Of these, 848 priests had been laicised, with a further 2,572 – many of whom were old or ill – being removed from ministry and sentenced to a lifetime of penance and prayer or some other lesser sanction.

The number of accused priests sanctioned with lesser punishments than laicisation may seem disproportionately high, but not if you keep in mind that almost all allegations of abuse reported to Rome relate to the period between the 1950s and 1980s; most  perpetrators, in other words, are old and infirm, and incapable of giving evidence. Archbishop Tomasi explained to the UN committee that lesser punishments still amounted to disciplinary action and that it was a priority that abusers were put in places where they would not have contact with children.

This is arguably the most important plank in any safeguarding regime. Ireland’s Murphy Report recognised in 2009, for instance, that in responding to abuse allegations between 1975 and 2004, Dublin Archdiocese preferred to rehabilitate abusive priests, rather than punish them. The Murphy Commission described this as reasonable, provided that priests about whom allegations had been made were not at liberty to commit other abuses. (Tragically and shamefully, this was all too often not the case.)

Archbishop Tomasi told the Geneva committee that the Holy See had no juridical authority beyond the Vatican, meaning that it had no power to compel people in other states. But that did not mean that the Vatican was washing its hands: the Holy See has the right to ask and encourage the local Church to adopt the most stringent child protection procedures possible, while instituting reporting requirements for any accusation. These measures mean “there is no climate of impunity but there is a total commitment to clean the house”. 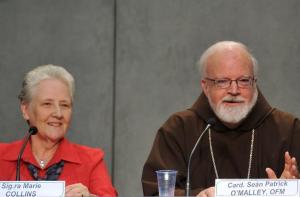 Last Saturday the Church’s newly-established Pontifical Commission for the Protection of Minors finished its first three-day meeting. Boston’s Cardinal Sean O’Malley read a statement on behalf of the commission and spoke to journalists about the Commission’s work.

Recognising that the abuse crisis wasn’t due simply to abuse but to a failure to tackle abuse swiftly and efficiently at a local level, Cardinal O’Malley explained that current church laws could theoretically hold bishops accountable if they failed to protect children, but that those laws clearly needed to be revised:

Obviously our concern is to make sure that there are clear and effective protocols to deal with the situations where superiors of the church have not fulfilled their obligations to protect children.

Cardinal O’Malley responded to further questioning by pointing out that accountability should not depend on the legal obligations of any given country “when we have moral obligation“. The fact that accountability was raised as a priority gave hope to Mrs Marie Collins, an Irish survivor of clerical sexual abuse and one of four lay women on the eight-person committee:

I know there are many survivors around the world who are hoping, and have great expectations of this commission. And what I can say so far is you can’t make concrete promises. But as a survivor myself, I am hopeful that we are going to achieve what is hoped for. It’s very, very important.

Interviewed in March, Pope Francis commented on the deep wounds abuse leaves. In facing it,

Benedict XVI was very courageous and he opened the way [to dealing with the issue]. And following that path, the Church has come a long way. Perhaps more than anyone. […] The Catholic church is perhaps the single public institution to have moved with transparency and responsibility. No one has done more, yet the church is the only one to have been attacked.

Asked to comment on this, Mrs Collins she had “found difficulty” with Pope Francis’s words, because “what the Holy Father said is true, but it is not universal.” Recalling a 2012 symposium on sex abuse at Rome’s Pontifical Gregorian University, she said she had been “shocked” by the “sincerity of some bishops who felt the problem did not exist in their country,” thinking that abuse was something that happened elsewhere. 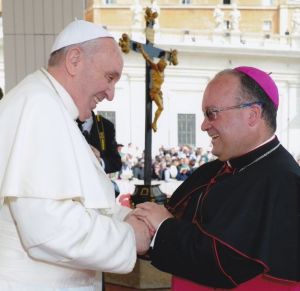 It makes sense, then, that the new child protection commission aims to make it a priority to educate the Church on the global nature of the problem, and aside from offering help to bishops’ conferences around the world, intends to broaden its membership, which at present consists of an American, six Europeans, and just one person – an Argentinian – from the global south.

In some people’s minds, ‘Oh, this is an American problem, it’s an Irish problem, it’s a German problem.’ Well, it’s a human problem, and the church needs to face it everywhere in the world. And so a lot of our recommendations are going to have to be around education, because there is so much ignorance around this topic, so much denial. The Church has to respond to make the Church safe for children.

If ever there was a “culture of impunity” in the Church it is long gone, and it is clear that just as Pope Benedict had made it his mission to purge the Church of the “filth” he had condemned just weeks before becoming pope,  so Pope Francis is continuing resolutely in this path.

This blog offers comments on news stories as they relate to the Catholic Church. For more information on Catholic Voices visit www.catholicvoices.org.uk
View all posts by catholicvoicesmedia →
This entry was posted in Uncategorized and tagged Archbishop Tomasi, sexual abuse. Bookmark the permalink.
Loading Comments...
%d bloggers like this: