From the synod (3): A synod that smells of sheep

Posted on October 8, 2014 by catholicvoicesmedia

As church leaders from across the world continue their deliberations here, it is already apparent that Pope Francis has succeeded in creating a new kind of mechanism, one that allows the centre to be shaped by the periphery — and that, like the Second Vatican Council, is “pastoral” in its focus.

Its purpose, in other words, is not the clarification of doctrine but a discernment of how to apply that doctrine creatively, in ways that respond to the needs and the horizons of contemporary culture.

As the official summary of the interventions suggests, it is not just about condemning what undermines the Christian view of marriage but of better supporting those attempting  — or failing — to live it.

A further point that emerged during the discussion was the influence of the mass media, at times intrusive, in presenting ideologies contrary to the doctrine of the Church in relation to family and marriage. In this respect, it was said, Catholics must be protected but must also be better prepared: the Church must offer her teaching in a more incisive manner, presenting doctrine not merely as a list of prohibitions, but also by drawing closer to the faithful, as Jesus did. In this way, acting with empathy and tenderness, it will be possible to reduce the gap between doctrine and practice, between the teachings of the Church and the daily life of families. What is needed is not a choice between doctrine and mercy, but rather the beginning of an enlightened pastoral care to encourage above all those families in difficulty, who are often aware of a sense of not belonging to the Church.

None of this represents, as some twitchy commentators fear, a threat to core doctrines. 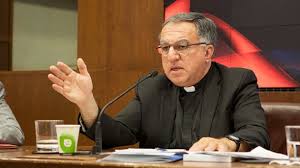 As Fr Tom Rosica, whose job is to summarize the synod speeches to the journalists, put it yesterday: “There was no language whatsoever of a need to change doctrine” but rather “to repurpose what we know in a way that’s accessible” to all.

“I didn’t hear anything about changing doctrine, but I heard a great desire to deepen our understanding of doctrine,” he told us.

Indeed, many of the interventions on Monday afternoon and Tuesday morning were precisely about the language with which the Church expresses its core understandings.

Fr Rosica said at least one synod father identified expressions such as “living in sin”, “intrinsically disordered” and “contraceptive mentality” as unhelpful. “To label people … does not help in bringing [them] to Christ,” he said, adding: “There was a great desire that our language has to change in order to meet the very difficult situations.” 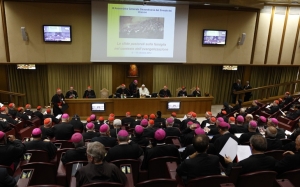 This in itself is ground-breaking: effectively the bishops of local dioceses are telling Rome to avoid in its teaching phrases which define truths but will be misinterpreted by people on the frontline.

Judging by the summaries, the bishops of the world also believe that it is time to restore notions such as the law of graduality, a well-known concept in moral theology that says that while the moral teaching should be clear, people get there in stages, by means of stepping stones.

This was precisely the idea put forward by Benedict XVI in his famous passage in his 2010 book interview Light of the World when he suggested that a male prostitute with AIDS choosing not to infect someone by using a condom could be the start of a moral journey. 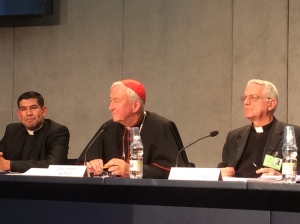 It is the same approach taken by pastors preparing couples for marriage, many of whom are nowadays living together. Cardinal Vincent Nichols of Westminster defined it yesterday as “the law of pastoral moral theology which allows people to take one step at a time in our search for holiness”.

Another plea from the synod fathers is to recognize the good that can exist in relationships outside the Church, learning from the example of other religions and understanding that civil marriages are also vehicles of human love. Fr Federico Lombardi said it was like the Second Vatican Council moving from a view that outside the Church no one was saved to the idea of the Church of Christ “subsisting in” the Catholic Church.

Cardinal Nichols praised the atmosphere of the assembly.

In the synod hall there is a very lovely spirit, an occasional sense of fun and a lightness of atmosphere which enables people to speak much more from their pastoral experience and their personal experience than from their academic study. There have been academic contributions, but what we are seeing is bishops speaking as priests, as members of families, and there’s no hesitation in speaking about the difficulties we face as priests, and as families we face. There’s a lovely atmosphere; there’s a real sense of open sharing and walking together.

He said that after 70 speeches and a large number of points being raised, it was impossible to ascertain at this early stage what will emerge from the extraordinary synod in 10 days’ time. “We have to be patient, let this process mature,” he told journalists, adding that Pope Francis had told them to “speak with enthusiasm, listen with humility, and let the picture emerge gradually.” 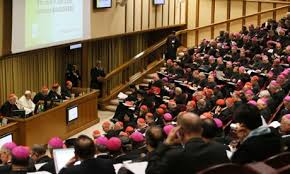 Yet he went on to talk about one key area of discussion which is likely to affect both the way the Church prepares couples for marriage and and the expected annulment reform.

We understand there is an inseparable link between the human reality of marriage and its grace as a sacrament. We cannot separate those two. There are interesting discussions just beginning to emerge at the synod between consent to the human reality of marriage and the role of faith in that consent. And how those two — whether a couple really do understand fidelity, indissolubility, etc. — and the part that faith plays … these are important questions because  they lead directly to our understanding the requirements of validity for marriage. We need to be clear that what is being done in church is in the eyes of the Church a valid sacrament, and I think in both the consistory discussions in February and at the beginning of this synod that maybe many of those marriages lack those qualities and may not be valid.

Before each of the open sessions a married couple has been invited to give testimony before the bishops speak, thus grounding the discussion in concrete pastoral realities. 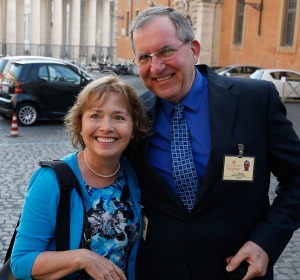 An Australian couple spoke on Monday afternoon of the role sex plays in their marriage, critiqued church documents as inaccessible and arid, and offered the experience of Catholic friends of theirs welcoming a gay couple as a model of what parishes should do. A Filipino couple gave a powerful testimony yesterday calling for “an enlightened pastoral charity” and “conjugal spirituality formation”, while an American couple who promote Natural Family Planning called for “more robust and creative methods to share the fundamental truth that marriage is a divine gift from God, rather than merely a man-made institution”.

The bishops’ speeches, meanwhile, centred on themes such as the proper use of gospel texts (the importance of not quoting scripture on, say, divorce, without a proper exegesis) and the need to embed marriage in Trinitarian theology. Some spoke of the need to move from an arid language about marriage to a richer language of beauty. “We have spoken so often about the sin of sex outside marriage,” Fr Manuel Dorantes quoted a Latin-American bishops as saying, “that we tend to regard sex inside marriage as a kind of tolerated imperfection.” There was a danger, others said, of confusing the language of God’s love with human love, which is necessarily imperfect. Fr Dorantes also said one of the bishops had said that it was right to oppose same-sex marriage, but it was necessary to propose alternatives for gay people.

The theme of language was a consistent one. It seems evident that the the synod will want to find a new, enticing language to express the attractiveness and joy of sacramental marriage — to make it as compelling as it was in the early Church.

The inputs, in short, were pastoral — bringing insights and experience from the front line of pastors tending to their flocks.

Which is why this is the first synod truly to smell of sheep.