Posted on May 28, 2015 by catholicvoicesmedia

[by Martin Conroy in Scotland]

Members of the Scottish Parliament have voted down the Assisted Suicide (Scotland) Bill for a second time by 82 votes to 36.

In what amounts to a clear rejection of the principles of the Bill, first introduced by the Late Margo MacDonald in 2013 and carried forward by Patrick Harvie, this Stage one vote was a clear signal from MSPs that they will not allow vulnerable lives in society to be endangered.

The debate was serious, thoughtful and at times heartfelt. It was evident early on that most MSPs opposed the Bill. Many speeches highlighted the impact the proposals would have on the disabled whilst questioning the inadequate safeguards included in the Bill.

After serious criticism by individuals and various organisations at the evidence-gathering stages, the Scottish Parliament Health Committee said it was unable to support the Bill.

Glasgow SNP MSP Bob Doris said that after taking evidence from patients and doctors for and against allowing assisted suicide, the committee  concluded that the Bill was deeply flawed. 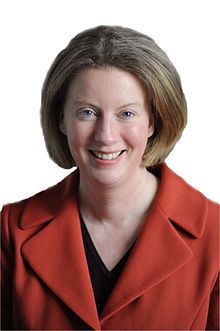 After four hours of debate, a free vote was taken and the Bill was successfully defeated. Among those who voted against was the Health Secretary, Shona Robison, who told the Holyrood chamber: “The government believes that the current law is clear, and it is not lawful to assist someone to commit suicide, and the government has no plans to change that.”

Dr Gordon Macdonald, convenor of the group Care Not Killing in Scotland, described the vote as “a bold and critical step which marks a major victory for the vulnerable in our society”. He added:

In every free democratic society there are limits placed on human freedom in order to protect the common good and vulnerable people. It is right that the law is not to be changed to accommodate the wishes of a small number of desperate and determined people at the expense of the rights of others.

Vulnerable people who are sick, elderly or disabled can so easily feel pressure, whether real or imagined, to end their lives so as not to be a burden on others. Parliament’s first responsibility is to protect the vulnerable and that is what has happened.

The work of CNK will continue in time to come as we emphasise the importance of palliative care – because the pro-euthanasia lobby is not going to give up.

That is why we must remain ever vigilant and on alert to challenge and debunk their dark and deathly propaganda which offers a vision of the future which has no place in Scottish civilised society.

The right to die can so easily become the duty to die and vulnerable people who are sick, elderly or disabled will inevitably feel pressure, whether real or imagined, to end their lives so as not to be a burden on others. The stories of incremental extension presently coming out of Belgium and the Netherlands give a stark warning about the dangers of going down this road.

This blog offers comments on news stories as they relate to the Catholic Church. For more information on Catholic Voices visit www.catholicvoices.org.uk
View all posts by catholicvoicesmedia →
This entry was posted in Uncategorized and tagged assisted suicide, Scottish Parliament. Bookmark the permalink.
Loading Comments...
Comment
×
%d bloggers like this: