The eco-encyclical comes out of a prophetic tradition

Posted on June 15, 2015 by catholicvoicesmedia

This is the first of a series of briefings running up to the release of Laudato Si on Thursday morning. For background on previous papal teaching on the environment, see the editorial in La Civiltà Cattolica (PDF here: Editorial-ENG). See also various curtain-raising news reports and analysis over the weekend by John Allen, New York Times, Reuters, CNS, and Philadelphia Inquirer.

[By Emily Watson] Pope Francis’s encyclical Laudato Si’: On the Care of Our Common Home will be addressed to all people on an issue that affects the whole of humanity: the destruction of God’s creation through mankind’s greed and lack of foresight. An encyclical is the highest form of papal teaching, an authoritative statement on an issue of great significance which should be interpreted as a call to action, in this instance not just to Catholics but to every human being on this planet. It will list the degradations that we have inflicted on our common home: the increase in global temperatures, loss of biodiversity, pollution of rivers, water shortages and increased droughts, deforestation and desertification, all of which contribute to global poverty and inequality. The rhetoric around environmental issues is now long established, and the Pope has already expressed his frustration with the apathy of world leaders when it comes to reducing carbon emissions. This encyclical is a call to stop talking, and start acting, at every level: as individuals, as members of communities and nations, and as world leaders.

Laudato Si’ will point to the evidence, both scientific and empirical, that humanity is contributing to environmental degradation and global poverty, and that only a conversion of habits and mindset will avert serious consequences. Its timing is carefully planned in anticipation of two key events taking place later this year: the United Nations Summit in New York in September 2015, which will review the Sustainable Development Goals and adopt the post 2015 development agenda, and the United Nations Climate Change Conference, held in Paris in December 2015, which seeks to achieve a legally binding and universal agreement from all the world’s nations to reduce carbon emissions and reduce global warming. The Pope is speaking with intellectual and moral authority on behalf of the Catholic Church’s 1.2 billion members, most of whom are from poor countries and are most vulnerable to the effects of climate change. As the leader of the world’s largest civil society organisation, he is making a valuable contribution to the environmental debate and appealing to collective and individual responsibility.

However, this is not a scientific document. Although the encyclical accepts the scientific consensus on climate change, it is emphatically a religious document which seeks to bring about a massive conversion of hearts, quoting extracts from the Bible, the Psalms and of course the Canticle of Creatures, St Francis’ paean about the beauty of God’s creation, from which the encyclical takes its title. The language will move away from the concept of “dominion”, which implies that mankind has a right to dispose of the planet as he sees fit, towards a more Franciscan idea of “stewardship”, where mankind has a custodial responsibility towards his fellow creatures. 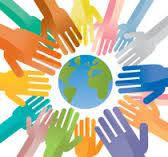 The idea of respecting planetary boundaries is nothing new in the Catholic Church – pre-industrial, medieval Catholicism made it clear that we are given the earth to care for, not to exploit and rape. And in recent decades “green theology” has been a concern of Popes Paul VI, John Paul II and Benedict XVI. Paul VI’s social encyclical Octogesima Adveniens (21) warned that “an ill-considered exploitation of nature” risks creating “an environment for tomorrow which may well be intolerable”. John Paul II’s 1990 World Day for Peace was specifically on the topic: he warned of ozone depletion and the “greenhouse effect” reaching “crisis proportions as a consequence of industrial growth, massive urban concentrations and vastly increased energy needs” and spoke of “the urgent moral need for a new solidarity” between rich and poor nations to tackle the problem. Under Benedict XVI, who in his address to the German Bundestag in 2011 described the emergence of the ecological movement as “a cry for fresh air”, the Vatican State became the world’s first carbon-neutral state, installing solar panels on the roof of the Paul VI hall. The National Geographic magazine described Benedict as “the first green pope”.

Although the sentiments expressed in Laudato Si’ are therefore firmly grounded in two millennia of tradition, it will nonetheless take us a new direction. This is the first social encyclical specifically focussed on how we should relate to the natural world in the light of recent scientific findings. It is a clear call to every human being on the planet to reflect on their moral choices and educate their consciences to inform the way in which they inhabit this planet. Rather than telling Catholics that they need to go to Confession every time they use a paper cup from Starbucks or rent an SUV, it will awaken awareness and amplify consciences inviting people to reflect on how to live in a sustainable, responsible way.

Critics of the Church’s stance on contraception will object that the Catholic Church is part of the problem by refusing to approve artificial birth control. However, given that birth rates are highest in developing countries, this translates as rich countries (who are by far the greatest polluters) bullying poor countries into having fewer children. The main cause of environmental degradation is not the numbers of people on the planet, but the West’s rampant consumerism and exploitation of natural resources. “On this earth there is room for everyone,” wrote Benedict XVI in his social encyclical Caritas in Veritate (2007). “Here the entire human family must find the resources to live with dignity, through the help of nature itself — God’s gift to his children — and through hard work and creativity.”

That doesn’t mean overpopulation is not an issue; population growth needs to be sustainable. But rather than throw condoms at the problem, the Church has always been an advocate of education for girls, which is the most effective contraceptive of all. It also urges natural family planning to enable responsible choices to be made about spacing children, methods which are listed by the NHS as 99 per cent effective when used properly. The Church has always encouraged Catholics to live in a sustainable way, for example forgoing meat on Fridays, taking a day of rest on Sunday, and not falling prey to over consumerism. Self-denial and fasting are key to sustainable development. 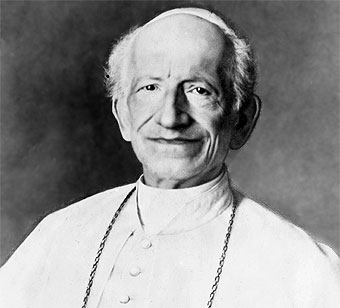 The encyclical will be the latest in a series of Catholic social encyclicals, which began with Leo XIII’s Rerum Novarum in 1891. Catholic Social teaching, or CST, has consistently refuted the idea that economic activity is a purely technical, rather than moral, matter, and  that the market and money are gods. CST states clearly that the purpose of the economy is to provide for the key needs of humanity. Those who object that the Pope is meddling in matters of policy and economics fail to accept that market economics becomes a moral matter when huge numbers of people are being impoverished through a corrupt market system. This is particularly true given globalisation – our consumer choices in one part of the world impact people in other parts of the world. Rerum Novarum, which called for a just wage and trade unions to protect the interests of the workers, was greeted at the time with horror by many Catholic businessmen, just as there are Catholics in the United States now who are horrified by the idea of the Pope speaking out on the environment. Laudato Si is part of a prophetic tradition.

The encyclical will be addressed to all nations of the world, to us as citizens of states and as members of a common humanity. It will deplore the throwaway culture so prevalent in twenty-first century Western life, where we have abortion on demand, where we no longer value the elderly and where we are always seeking out the latest designer gadget. It will make a powerful, eloquent appeal to reflect on the wonderful gift of God’s creation, and on our everyday choices as inhabitants of this planet. It is one of the most significant church documents of modern times, intended to bring about a fundamental shift in the way in which mankind relates to the world and his fellow creatures. It will carry a message of hope: we can save our planet and pass it on to our children, and our children’s children, before it is too late.

[Emily Watson is a member of the Catholic Voices ecology encyclical speakers’ team].