From the synod (1) Francis sets parameters

Posted on October 4, 2015 by catholicvoicesmedia 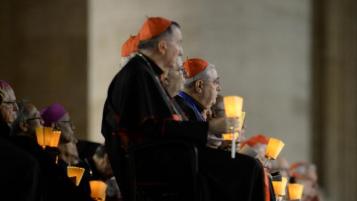 [From Austen Ivereigh in Rome]. In two powerful eve-of-synod homilies, Pope Francis has put down clear markers for the three-week deliberation that opens tomorrow, warning about pressure from wealthy countries and calling on the Church to roll up its sleeves to help the wounded and lonely embrace marriage.

The 4-25 October gathering of close to 300 church leaders — together with invited lay people and representatives of other Churches – is the long-awaited conclusion of a two-year process of discernment of how the Church can respond pastorally to the collapse of marriage and family in culture and law.

Although there have been at times vigorous disagreements within the synod, the notion that Church teaching is somehow in peril or that the synod is “split” between liberal and conservative is a media narrative that bears little relation to the reality.

At the end of the last synod, there was overwhelming consensus behind the concluding report, which forms the basis of this synod’s working document, or instrumentum laboris. Some 90 per cent of the synod’s delegates are equally likely this time to support Francis’s call to get to grips with the reality of the collapse of marriage across the western world, rather than simply lamenting it. As he told the bishops in Philadelphia, “A Christianity which ‘does’ little in practice, while incessantly ‘explaining’ its teachings, is dangerously unbalanced.”

However, there remain disagreements within the synod over whether to introduce a penitential path to readmit remarried divorcees to Communion, and how to reach out to gay people in relationships. 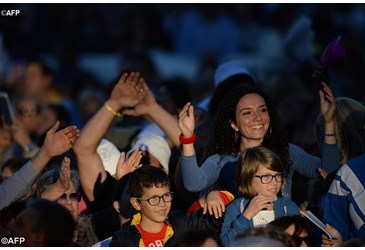 At last night’s prayer vigil in St Peter’s Square, Pope Francis invoked the assistance of the Holy Spirit, speaking powerfully of the family as “a place where evangelical holiness is lived out in the most ordinary conditions”, “a place of discernment, where we learn to recognize God’s plan for our lives and to embrace it with trust”, and “a place of gratuitousness, of discreet fraternal presence and solidarity, a place where we learn to step out of ourselves and accept others, to forgive and to be forgiven.” 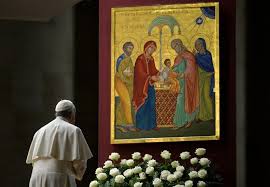 He cited the example of Charles de Foucauld, who was inspired by the mystery of the Holy Family to renounce the emptiness of wealth and power and enter into the service of others.

The Pope said that the contemplation of Jesus’s hidden family life in Nazareth will help people enter “a life marked by serene patience amid adversity, respect for others, a humility which is freeing and which flowers in service, a life of fraternity rooted in the sense that we are all members of one body.”

At this morning’s homily, he pointed to the loneliness of contemporary society, noting how young people were victims of “the culture of consumerism, the culture of waste, the throwaway culture”.

The wealthiest and most advanced societies, he pointed out, “are the very ones which have the lowest birth-rates and the highest percentages of abortion, divorce, suicide, and social and environmental pollution.”

He went to paint a portrait of the emptiness at the heart of the modern world.

Today we experience the paradox of a globalized world filled with luxurious mansions and skyscrapers, but a lessening of the warmth of homes and families; many ambitious plans and projects, but little time to enjoy them; many sophisticated means of entertainment, but a deep and growing interior emptiness; many pleasures, but few loves; many liberties, but little freedom… The number of people who feel lonely keeps growing, as does the number of those who are caught up in selfishness, gloominess, destructive violence and slavery to pleasure and money.

Our experience today is, in some way, like that of Adam: so much power and at the same time so much loneliness and vulnerability. The image of this is the family. People are less and less serious about building a solid and fruitful relationship of love: in sickness and in health, for better and for worse, in good times and in bad. Love which is lasting, faithful, conscientious, stable and fruitful is increasingly looked down upon, viewed as a quaint relic of the past.

Singling out the spiritual emptiness of wealthy societies in this way was significant, given that pressure for change in the synod is coming principally from countries such as Germany. 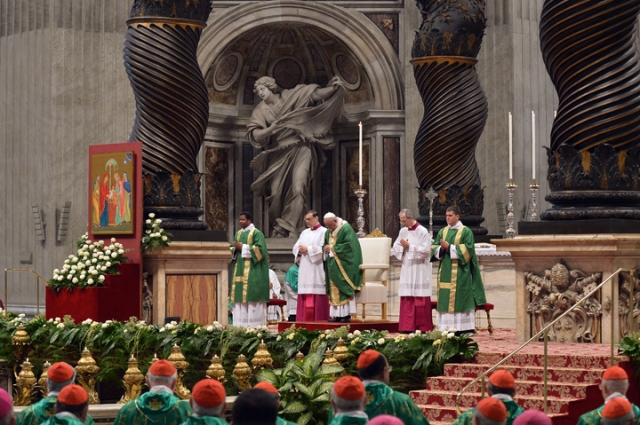 His emphasis on the male-female union was all the more striking in the wake of an ostentatious coming-out by a Polish priest working in the Vatican’s Congregation for the Doctrine of the Faith, who yesterday paraded himself with his Catalan partner before the cameras in an attempt to put pressure on the synod. 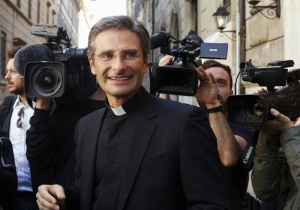 “This is the will of God for our life, also for my life with him,” claimed Mgr Krysztof Charamsa.

That idea had little support in Pope Francis’s homily. God, he said, “made men and women for happiness, to share their journey with someone who complements them, to live the wondrous experience of love: to love and to be loved, and to see their love bear fruit in children”.

He also quoted Genesis and Jesus in Mark’s Gospel. “From the beginning of creation, ‘God made them male and female’. For this reason a man shall leave his father and mother and be joined to his wife, and the two shall become one flesh. So they are no longer two but one flesh”.

Jesus, he said, was emphatic in his opposition to divorce, making clear that “the goal of conjugal life is not simply to live together for life, but to love one another for life. In this way Jesus re-establishes the order which was present from the beginning.”

Although this idea is mocked in contemporary society, Francis went on, people today “continue to be attracted and fascinated by every authentic love, by every steadfast love, by every fruitful love, by every faithful and enduring love. We see people chase after fleeting loves while dreaming of true love; they chase after carnal pleasures but desire total self-giving.” 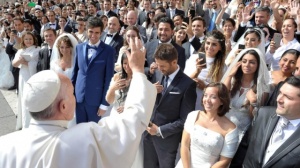 In this “extremely difficult social and marital context”, Pope Francis added, the Church was called to carry out its mission in fidelity, truth and love.

That meant ruling out divorce. The Church was called to “defend the unity and indissolubility of the conjugal bond as a sign of God’s grace and of the human person’s ability to love seriously.”

It also meant resisting contraception and marital infidelity, defending “the truth which protects individuals and humanity as a whole from the temptation of self-centredness and from turning fruitful love into sterile selfishness, faithful union into temporary bonds.”

And it also meant “to seek out and care for hurting couples with the balm of acceptance and mercy”.

Using his famous metaphor he called on the Church to be a ‘field hospital’ with doors wide open to whoever knocks in search of help and support, and “to reach out to others with true love, to walk with our fellow men and women who suffer, to include them and guide them to the wellspring of salvation.”

The Church, he said, was called to teach and defend what he called “fundamental values” while never forgetting that the Sabbath was made for man, not the other way round, and that Jesus came to call sinners, not the righteous.

The synod’s deliberations begin tomorrow, under a new format designed to enable greater freedom in discussion and transparency.