From the Synod (3): Pope seeks to broaden discussion

Posted on October 6, 2015 by catholicvoicesmedia 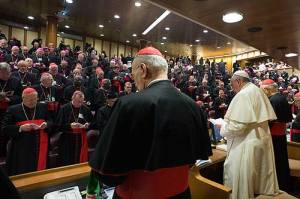 [From Austen Ivereigh in Rome] The synod’s second day breathed more freely after synod fathers made clear to journalists that yesterday’s lengthy speech by the Relator, Cardinal Péter Erdö, had not closed off discussion of the issue of sacraments for the divorced and remarried.

But Pope Francis, in a brief surprise intervention, made clear that the Synod was not about this single issue but many, and all must be taken into account.

He also made clear that “Catholic doctrine on marriage was not called into question in the previous sitting of the Synod”, according to Vatican spokesman Father Federico Lombardi, who said the Pope had also wanted it to be clear that there were only three official documents from last October’s synod: his opening and closing speeches, and the final report, or relatio synodi, which formed the basis of this synod.

The Pope also said that the small-group work, which began this afternoon, was crucial to the synod process. His remarks followed an hour-long discussion about the new methodology of the synod, such as the absence of an interim report, the decision not to release synod speeches (although those who give them are free to) and ending with a comprehensive final document, rather than propositions. 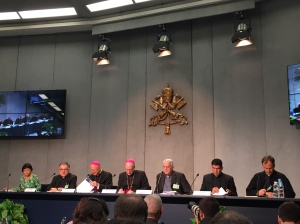 The queries about the methodology led to a lengthy and passionate defence of the innovations by the synod’s general secretary, Cardinal Lorenzo Baldisseri.

Among the topics addressed in the synod fathers’ three-minute speeches — the time-limit has been imposed to encourage concision and give more time for group work — were immigration, polygamy, domestic violence and war.

More than one intervention called for the language the Church uses about gay people and divorcees to be made more merciful. At least 10 speeches spoke of developing  a ‘catechumenate’ of marriage that would allow for deep formation over time.

In his speech Belgian Bishop Johan Bonny called for bishops’conferences to be given the space and freedom to determine pastoral strategies for local situations, rather than attempting to formulate a one-size-fits-all policy.

Archbishop Paul-Andre Durocher of Gatineau, Quebec, said the synod should reflect on the possibility of allowing for female deacons as it seeks ways to open up more opportunities for women in church life. Where possible, he said qualified women should be given higher positions and decision-making authority within church structures and new opportunities in ministry.

Asked at the press briefing if the question of the admission of divorced and remarried Catholics to the Eucharist was still open to discussion, Archbishop Claudio Maria Celli, President of the Pontifical Council of Social Communication, confirmed it was. “It is open on a pastoral level but remember what the Pope said about doctrine,” he said. 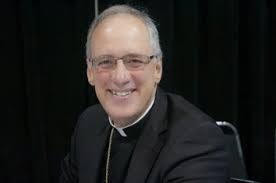 Asked if the reception of the Eucharist by divorced and remarried persons was a matter of “doctrine or a discipline” Archbishop Durocher of Gatineau, Quebec, said synod fathers did not all agree on that, and that this was one of those matters the synod needed to determine.

In other words, while it is clear that change to church teaching on marriage is out of bounds, what constitutes that change is less clear. 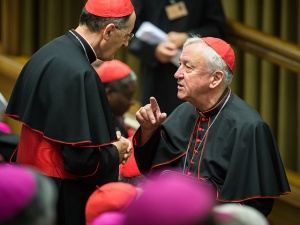 In interviews today with The Tablet and Crux, the two delegates representing the Church in England and Wales, Cardinal Vincent Nichols and Bishop Peter Doyle of Northampton, took a moderate position, seeking to hold in tension fidelity to doctrine with what Cardinal Nichols called “a fresh repertoire of good pastoral accompaniment.”

This blog offers comments on news stories as they relate to the Catholic Church. For more information on Catholic Voices visit www.catholicvoices.org.uk
View all posts by catholicvoicesmedia →
This entry was posted in Synod2015. Bookmark the permalink.
%d bloggers like this: