Posted on May 28, 2016 by catholicvoicesmedia 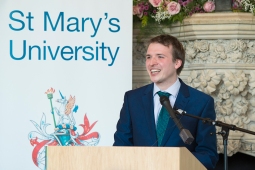 [Joe Ronan] Mass on Sunday is four times more popular than Premier League football and two and a half times more people attend a Catholic church during the year than theatres.*

These are some of the unreported findings of a survey into religious groups in England and Wales, which gives a fascinating insight into the make up of the Catholic population in particular.

The report, ‘Contemporary Catholicism in England and Wales’, by the Catholic university of St Mary’s in west London, analyses data collected through British Social Attitudes surveys over three decades — although excluding Northern Ireland and Scotland.

It has generated sobering headlines that ‘nones’ in the UK (those who profess no religious affiliation) now make up just under half (48.5 per cent) of the population, outnumbering Christians for the first time. Those who define themselves as Christian – Anglicans, Catholics and other denominations – make up 43.8 per cent of the population.

The proportion of the population describing themselves as Anglican has fallen sharply from 44.5 per cent in 1983 to 19 per cent in 2014. Catholics now make up 8.3 per cent – much the same as in 1983 — while other Christians make up 15.7 per cent and non-Christian religions 7.7 per cent.

The number of nones has doubled from 2011, when the census recorded 25 per cent. “The striking thing is the clear sense of the growth of ‘no religion’ as a proportion of the population,” according to the report’s author, Dr Steven Bullivant, director of the university’s Benedict XVI Centre for Religion and Society.

“The main driver is people who were brought up with some religion now saying they have no religion,” he adds. “What we’re seeing is an acceleration in the numbers of people not only not practising their faith on a regular basis, but not even ticking the box. The reason for that is the big question in the sociology of religion.”

Yet the report provides a wealth of other information which has been overlooked in the focus on the rise of ‘nones’: the rise in vocations, and the relative youth of Catholic congregations.

One is that London — symbol of modernity and individualism — has the highest proportion of people who describe themselves as religious. Dr Bullivant’s figures suggest that one in every seven people I pass in London is a Catholic. In the North East where I live, I’d have to pass ten people to find another Catholic, but in Wales, where I was born, there would be twenty people between me and a fellow papist.

And there are still more than a million Catholics at Mass every week, a figure that has held up since the early 1980s at at a time when the Christian population as a whole has shrunk.

Mass attendance is arguably a much more significant indicator of faith than self-definition, because it requires commitment. 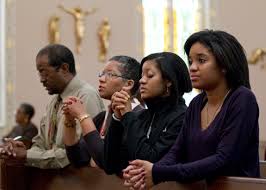 Over half — 56 per cent — of ‘cradle Catholics’ stay in touch with the Church, which is a higher retention figure than other Christian groups. And of course the numbers overall have been kept steady by immigration.

That the Catholic figures have held relatively steady over the period of this study is reassuring at a time of peace and prosperity.

So in addition to necessary soul-searching about our capacity to evangelise — the report is an invitation to “hone our priorities”, as Bishop Mark O’Toole of Portsmouth says — it should also remind us we are doing some things right.

The scale of the challenge is great. Many Catholic dioceses outside London are struggling with maintaining churches built for over three times the current number of people supporting them, and find looking outwards to opportunities for evangelising very difficult when the day-to-day issues of property management and covering the bills dominate the priority list.

Programmes of parish amalgamation and other structural changes will be necessary to cover immediate needs, but decline will not be halted over by addressing these symptoms, however necessary they are at times.

We need to find again the enthusiasm and vigour that built those churches in the first place: a strong shared belief rooted in parish communities that made the miracles of Catholic expansion in England and Wales happen, and it is from looking outward — in service of our society — that new growth will come in the future.

That is the missionary Church Pope Francis seeks. Never proselytising, but bold in going forth, as he said in his homily for Epiphany earlier this year:

Whilst the data and numbers in this report are important for us to understand where we come from and where the issues are they do not tell us where we are going. That is our choice.

But one thing is clear: a healthy future can be born from a million-strong Sunday Mass attendance (28 per cent of the 3.8m Catholics in England and Wales).

It is remarkable that, in age of individualism, of endless distraction and self-focus, a million people each week turn out and turn up, confident that to do is not worthless, to praise a God they cannot see, but whom they want to know and worship, in communion with others.

The next step is the harder one: for Catholics to take the message that they hear in the Gospel each Sunday and let its light reflect off them to illuminate the lives of those around them, drawing out from them, as Pope Francis says, “the desire for God present in every heart”.

Then, perhaps, we will see our conversions rise to match our retention rates.

[Joe Ronan is a Catholic Voices speaker in Hexham. To hear his interview on the report with BBC Radio Leeds, go to the CV website under ‘CV in the media’.]

This blog offers comments on news stories as they relate to the Catholic Church. For more information on Catholic Voices visit www.catholicvoices.org.uk
View all posts by catholicvoicesmedia →
This entry was posted in church statistics. Bookmark the permalink.