His critics are wrong: Francis is one of the great pro-life popes

Posted on June 2, 2016 by catholicvoicesmedia

[Christopher White] Perhaps the doubts about Pope Francis’s pro-life credentials began in September 2013, when he gave the now infamous interview with the Rome-based Jesuit journal La Civiltà Cattolica less than six months after being elected Pope. In a wide-ranging conversation published concurrently by numerous Jesuit publications throughout the world, Pope Francis remarked:

We cannot insist only on issues related to abortion, gay marriage and the use of contraceptive methods…The teaching of the Church, for that matter, is clear and I am a son of the church, but it is not necessary to talk about these issues all the time.

If this wasn’t the starting point, it was undoubtedly a flashpoint for some pro-life activists, both Catholic and non-Catholic, who began to view the Pope’s pro-life commitments with a certain skepticism. By September 2015—when Francis did not utter the word “abortion” in his address to the United States Congress—some had become convinced that he lacked the conviction of his predecessors and the pro-life faithful who had been fighting the good fight for the last fifty years.

These complaints continue to linger. Consider the following headlines: “Pope skirts abortion in speech to Congress,” “Pro-life and Catholic leaders voice grave concern over Pope’s contraception remarks,” or even “Why so many people think Pope Francis is the antichrist.”

So, too, go the conversations—often heated—at professional gatherings, academic conferences and cocktail hours and in the comment boxes of online news outlets. A certain disgruntled pro-life contingent continues to promote the false narrative that Pope Francis is weak on pro-life issues.

It’s time to contest these ill-conceived and counterproductive notions. Three years into his papacy, Francis has in fact reinvigorated what it means to be pro-life, offering a renewed approach that is converting hearts and minds to the pro-life cause and exemplifying a new strategy for moral articulation in the 21st century.

Speaking to the Catholic Bishops of the United States at St. Matthew’s Cathedral in Washington, D.C., the day before his address to Congress, Pope Francis stated, “I appreciate the unfailing commitment of the Church in America to the cause of life and that of the family, which is the primary reason for my present visit.” Then he continued:

I encourage you, then, to confront the challenging issues of our time. Ever present within each of them is life as gift and responsibility. The future freedom and dignity of our societies depends on how we will face these challenges.

Some who were monitoring the visit closely—expecting to hear remarks exclusively focused on climate change or capitalism—were stunned. But they shouldn’t have been. In June 2013, when Francis released his much-anticipated encyclical Laudato Si, most commentators reduced it to his reflections on the environment. In fact, something much deeper was afoot. Francis was—and is—challenging us to consider how we think of creation as a whole, including but not limited to its nascent forms of being.

Writing in Laudato Si, he observes:

Since everything is interrelated, concern for the protection of nature is also incompatible with the justification of abortion. How can we genuinely teach the importance of concern for other vulnerable beings, however troublesome or inconvenient they may be, if we fail to protect a human embryo, even when its presence is uncomfortable and creates difficulties?

Over the past decade there has been no shortage of politicians, superstars, activists, and everyday citizens that have made climate change their cause célèbre. By validating and sharing in these concerns, however, Francis challenges this same constituency to understand that a consistent interest in protecting our ecosystem must embrace the protection of human life in its embryonic stages of development. His is a philosophy of integral ecology, as outlined in Laudato Si, where he calls on us to cooperate with God’s design in our relationship with the natural world and with one another. Francis explicitly appeals to the moral intuitions shared by those concerned about environmental degradation and links them to concern for all living creatures. 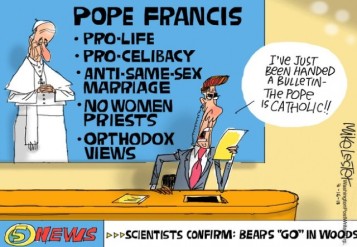 This approach is making inroads in unlikely places. Upon the release of Laudato Si, for instance, Lisa Miller took to the pages of New York magazine to dissect the ways in which “Pope Francis Is Reclaiming the Meaning of ‘Pro-Life.’” For Miller, Francis’s approach appeals far beyond the religious masses that already oppose abortion and identify as pro-life. As is the case with another theme of his papacy—the “culture of encounter”—Francis is interested in pursuing new ways to reach those who might have second thoughts about just what abortion culture has wrought.

It’s in this sense that Francis is, as Austen Ivereigh has termed him, “the Great Reframer.”

Soon after being elected pope, Francis called for Catholics to engage in “a creative apologetics which would encourage greater openness to the Gospel on the part of all.” This is precisely his method with abortion: Francis is reframing the way much of the world has come to view the issue of abortion. For years, the language in which those inside and outside of the Catholic Church have talked about abortion has been centered around the debate over a woman’s right to choose. Such rhetoric too often pits the woman against the child she is carrying to term.

Francis is inviting the Church and the world to act in a way that recognizes the intrinsic dignity of both parties and speaks on behalf of the defenceless unborn. In fact, among prominent world leaders he is probably the one who has spoken most sensitively about women facing unplanned pregnancies and the need for all of us to do what we can to accompany them in their situations. He’s gone so far as to offer to baptize their children, even cold-calling one such woman to remind her of this offer. It’s because he recognizes in his words and actions the intrinsic dignity of these mothers as well as their babies that Francis’s rejection of our “throwaway culture” has been so effective. 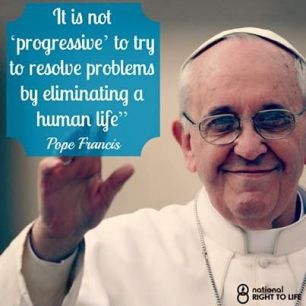 Pope Francis has also applied to the pro-life context a moral drawn by those who lament a culture that dismisses the unemployed, the undocumented, and the disabled. In a 2013 speech to the International Federation of Catholic Medical Associations, Pope Francis critiqued “A widespread utilitarian mentality, the ‘culture of waste,’ that now enslaves the hearts and minds of many, [and] has a very high cost that requires the elimination of human beings, especially if they are physically or socially weaker.” He then gave the commission the following charge:

You are called to take care of human life in its initial phase, reminding everyone, with facts and words, that this is always, in all its phases and at any age, sacred and always of quality. And not as a matter of faith—no, no—but of reason and science! There is no human life more sacred than another, just as no human life is qualitatively more significant than another.

Lest his critics have any doubt that Francis reserves such strong statements only for closed-door addresses to Catholics, consider his words to diplomats in Rome during a January 2014 meeting when he condemned a culture of waste—and directly tied it to abortion:

Unfortunately, what is thrown away is not only food and dispensable objects, but often human beings themselves, who are discarded as ‘unnecessary.’ For example, it is frightful even to think there are children, victims of abortion, who will never see the light of day.

Or his words to the international press corps en route back to Rome after his February 2016 visit to Mexico: “Abortion is not the lesser of two evils,” he stated. “It is a crime. It is to throw someone out in order to save another. That’s what the Mafia does. It is a crime, an absolute evil.”

And in his most recent apostolic exhortation, Amoris Laetitia—a document devoted to marriage and the family—he condemned abortion and asked the world to “pause to think of the great value of that embryo from the moment of conception. We need to see it with the eyes of God, who always looks beyond mere appearances.”

These are not the words of someone ambivalent about abortion, but someone who identifies it as a pressing moral issue and one of the greatest tragedies confronting the world today. 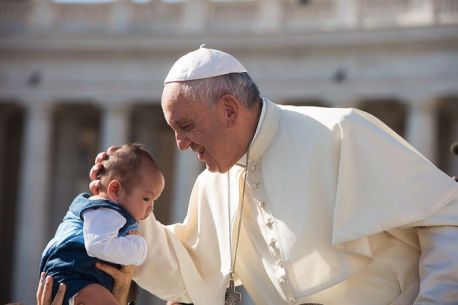 On December 8, 2015, Francis inaugurated a Jubilee Year of Mercy for Catholics worldwide. During this year, Catholics are called to undergo deep consideration of the practice of mercy. During the Year of Mercy, Francis has given all priests the power to forgive the sin of abortion. While some critics were quick to pounce on this as an effort by Francis to trivialize abortion, nothing could be further from the truth. Indeed, for Francis, it is precisely because abortion is such a serious matter that the need for mercy is so great. By offering the balm of forgiveness to all who have been affected by this tragedy, Francis hopes to reawaken the world to the damage that is done when even one innocent life has been destroyed.

And this is exactly Francis’s grand strategy. He realizes that political victories related to abortion, important as they may be, are never a long-term win for the cause of life. For Francis, like his predecessors St. John Paul II and Benedict XVI, culture is upstream from politics, and that is where we must engage in the changing of hearts and minds when it comes to abortion. A renewed paradigm of mercy is what begins to soften hearts and reengage even the staunchest abortion activists to see that when Catholics say no to abortion, we do so in hopes of offering a greater yes to a consistent ethic of life that affirms that all life, at all times, is valuable. And the right to life for the unborn child, as Francis has evidenced in the strongest terms, remains the fundamental starting point for securing any other human rights one hopes to promote.

G.K. Chesterton once wrote that each generation is converted by the saint that contradicts it most. By Chesterton’s standard, through Pope Francis’s missionary work of mercy, he may well one day be remembered by Catholics and non-Catholics alike as one of our greatest pro-life popes. In a world marred by violence, anger, and judgment, Francis is inviting us to recover something sacred, something worth protecting, something valuable. He does so with a message of mercy that encourages us to truly see what’s at stake, love more deeply, and convert. It’s an approach that allows Francis to reach a new audience and enables us to reach even the most jaded hearts in the most unlikely of places. His pro-life critics should be the first to recognize this and to heed his example.

[Christopher White is Director of Catholic Voices USA. A longer version of this essay appeared in the spring 2016 issue of the Human Life Review, which can be found here.]

This blog offers comments on news stories as they relate to the Catholic Church. For more information on Catholic Voices visit www.catholicvoices.org.uk
View all posts by catholicvoicesmedia →
This entry was posted in abortion, Laudato Si, Pope Francis. Bookmark the permalink.
%d bloggers like this: