The threat to northern Ireland from a Brexit cannot be ignored

Posted on June 21, 2016 by catholicvoicesmedia 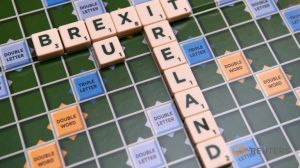 [Greg Daly in Dublin] Last week Catholic Voices hosted a debate in London in which two speakers gave impressive speeches on why the UK should remain in the European Union and two argued in similarly impressive fashion to the effect that the UK should leave the Union. (A report on the debate is here, and you can watch it here.)

Better-humoured, more honest, more thoughtful and broader-minded than almost all engagements I’ve read or witnessed on the topic, the debate on the motion “This house believes that Catholic values are best served by remaining in the European Union” was nonetheless striking for a complete absence of references to the single most Catholic part of the UK, Northern Ireland.

I appreciate the Brexit debate is really an ‘Exit’ debate in that the discussion is primarily driven by English concerns and will be decided by English votes, with the lesser partners in the UK at best hoping to tip the scales if an English vote is finely balanced.  But English voters should at least give some thought to how their votes are likely to affect lands beyond England’s shores.

Northern Ireland’s bishops have, of course, warned of the dangers of the Brexit to the North, and their concerns seem shared by Northern Ireland’s Catholics. A Millward Brown poll in early June found that 70 per cent of Northern Catholics were in favour of the UK remaining in the EU, with a mere 12 per cent advocating that the UK quit the Union. A more recent Ipsos Mori poll shows just 56 per cent of Catholics in favour of remaining in the Union, and a mere 12 per cent seem to back a Brexit. 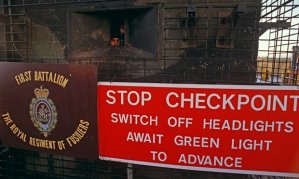 Such low support for withdrawal from the Union is understandable in a region where the UK’s only land border is to be found, and where there has never really been a traditional border: for centuries, after all, Ireland was united under one form or other of British rule, and since the Irish War of Independence the border has been decidedly soft with people being able to travel between the UK and what’s now commonly described as the Republic of Ireland even without a passport. It’s not really surprising that people in the border counties especially might not be looking forward to this ending.

Of course, it’s far from obvious that a hard border will be imposed between Ireland and the UK within the island of Ireland. Given the realities of Irish roads, some 200 of which cross the border, and how farms and fields straddle the boundary, it’s hard to see how any border within Ireland, even one policed by border guards and soldiers, could bar from the UK anyone really intent on crossing over. And given that immigration fears are utterly central to Britain’s EU debate, this is a question that needs pondering.

The British prime minister, David Cameron, answered a question from the SDLP’s Alasdair McDonnell last week by saying that following Brexit there would have to be a hard border. “Therefore,” he said, “you can only have new border controls between the Republic and Northern Ireland or, which I would regret hugely, you would have to have some sort of checks on people as they left Belfast or other parts of Northern Ireland to come to the rest of the United Kingdom.” 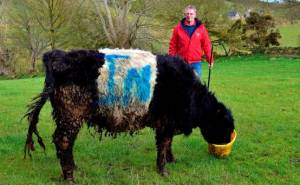 I suspect that in practical terms a functional EU/non-EU border would have to be not in Ireland but between Britain and Northern Ireland, thus splitting the UK and making the Northern Irish second-class citizens. The alternative would be bringing in checkpoints on dozens of Irish roads with soldiers patrolling the lands between them, all of which would be likely to require the kind of security apparatus likely to fire up the republicans again, inviting a return to the Troubles.

Even aside from the technical issue of the border, there’s a high chance that a Brexit vote would impoverish Northern Ireland. Farm subsidies are regional expenditures, and it’s striking that Northern Ireland’s farmers receive four times the amount of EU subsidies than do England’s ones. About 80 per cent of Northern dairy produce is exported; no part of the UK exports a higher proportion of its exports to other parts of the EU than does Northern Ireland. Any kind of border would hurt that, as would any imposition of tariffs and any hindering of the currently free trading arrangements. Tariffs on dairy imports to the EU, it’s worth pointing out, average 36 per cent.

The EU has played an absolutely crucial role in the Northern Irish peace process, of course, with John Hume detailing in his 1998 Nobel Prize acceptance speech how he had been hugely inspired in his work for peace by his European experience.

On my first visit to Strasbourg in 1979 as a member of the European Parliament, I went for a walk across the bridge from Strasbourg to Kehl. Strasbourg is in France. Kehl is in Germany. They are very close. I stopped in the middle of the bridge and I meditated. There is Germany. There is France. If I had stood on this bridge 30 years ago after the end of the Second World War when 25 million people lay dead across our continent for the second time in this century and if I had said: ‘Don’t worry. In 30 years’ time we will all be together in a new Europe, our conflicts and wars will be ended and we will be working together in our common interests’, I would have been sent to a psychiatrist.

The peoples of Europe then created institutions which respected their diversity – a Council of Ministers, the European Commission and the European Parliament – but allowed them to work together in their common and substantial economic interest. They spilt their sweat and not their blood and by doing so broke down the barriers of distrust of centuries and the new Europe has evolved and is still evolving, based on agreement and respect for difference. That is precisely what we are now committed to doing in Northern Ireland.

Fine words? Sure, but accurate ones too, and not merely has the European project, with its dedication through most of its history to peace-building through calling people of different communities to work together, inspired peace in the North, but it has underpinned it too.

As the Ulster Unionist MEP Jim Nicholson wrote the other day:

I will always remember when, in October 1994, just as the loyalist ceasefire was announced, Ian Paisley, John Hume and I met with then European Commission president Jacques Delors. He shared our optimism that Northern Ireland would move to a new beginning away from violence and pledged EU financial support. And he was true to his word — weeks later, £240m of European funding for peace-building in Northern Ireland was approved. By 2020, Northern Ireland and the border region of the Republic will have received more than €2bn in PEACE funding alone.

PEACE funding only makes up one part of the money the North draws down from Europe, Nicholson continued, and the truth is that the EU has largely rebuilt Northern Ireland since the ceasefires began. Northern Irish prosperity, and Northern Irish peace, in no small part depend on the EU.

(Of course, the EU has done a huge amount to support parts of the UK furthest from London; whether London lets them languish and runs the UK for the benefit of the English South-east — that’s a question for others to debate.) 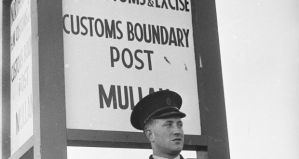 Those who might doubt that a vote for Brexit is a vote to destabilise Northern Ireland should look too at the 1998 Good Friday Agreement, which explicitly rests on the fact of the UK and Ireland being “partners in the European Union”.

The North-South Ministerial Council envisages the Northern and Republican governments working together — at a local level, for those who doubt that subsidiarity matters to the modern EU — on a range of such necessarily EU-related matters as agriculture, the environment, tourism, transport, and the management and oversight of EU programmes through Ireland’s National Development Plan and Northern Ireland’s Structural Funds Plan.

It’s hard to see how this strand of the agreement can work if Northern Ireland is no longer in the EU, and since the Northern Assembly is explicitly described in the agreement as “mutually interdependent” with the Council, it looks as though withdrawal from the EU could endanger the entire Northern settlement.

Overall, a Brexit vote is a vote to risk instability, poverty, and civil war in Northern Ireland. It’s not really surprising that the Northern bishops and the vast majority of Northern Catholics are opposed to it.

It baffles me how many in England seem not to care in the least about this.

[Greg Daly, who trained as a Catholic Voice in England, is on the staff of the Irish Catholic newspaper in Dublin. You can read his other Brexit posts at his blog The Thirsty Gargoyle.]

This blog offers comments on news stories as they relate to the Catholic Church. For more information on Catholic Voices visit www.catholicvoices.org.uk
View all posts by catholicvoicesmedia →
This entry was posted in EU Referendum, Ireland. Bookmark the permalink.
Loading Comments...
%d bloggers like this: