What Brexit means for Catholics (and why they should be happy)

Posted on June 27, 2016 by catholicvoicesmedia 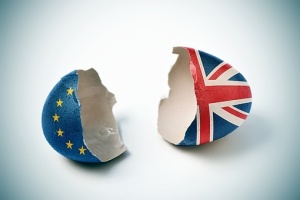 [Peter Smith] The UK has voted to leave the European Union. In the last few days before the referendum, polls showed that support was consolidating around the Remain camp, and the financial markets seemed to bet on their victory. It’s fair to write that many Leave supporters did not think that the vote would tip the other way. But tip it did, and the final result was 52%-48%.

What does the vote mean for Catholics in the UK and beyond?

My reading is that there are three groups of campaigners who need to be satisfied with the consequences of the vote. The first are the moderate Leavers who supported Vote Leave, the official campaign nominated by the Electoral Commission. Catholics politicians like Jacob Rees-Mogg, Gisela Stuart (who spoke at the Catholic Voices referendum debate) and Iain Duncan Smith were key supporters, and plenty of Catholics found common cause with the positive reasons for voting Leave.

Vote Leave sought primarily to end the supremacy of EU law in the UK (hence the strapline ‘Vote Leave, take control’) and to reconfigure Britain’s trade relationships with the Continent and the rest of the world. No more would money be sent to Brussels only for much of it to be remitted (strings attached) to the UK, through mechanisms like Common Agricultural Policy subsidies, or for distribution elsewhere in the Union. Instead, the UK could tax and spend on agriculture or the NHS in ways the elected government of the day saw fit. Rather than be locked into a Common Trade Policy negotiated by the European Commission and its External Action Service on behalf of all 28 member states, the UK can negotiate its own trade agreements with emerging markets around the world, acting in the best interests of those industries like finance and ancillary services which we have a comparative advantage.

Catholic charities are fearful that EU funds will be quickly withdrawn and not replaced by national government. It will be for the charities to publicise their plights, to look for other sources of funding and to seek new arrangements with the UK government.

There will be a substantial, multi-year time lag as the UK unpicks its legal relationships with the EU in respect of trade, devises detailed new plans and sets out to implement them. From a religious perspective, there will not be much specific domestic effect save that the UK will probably experience some economic hardship purely because of the Leave vote (i.e. not caused by the expected and normal downturn in the business cycle, when investment and spending falls, companies consolidate rather than grow, and unemployment rises).

Catholics, from politicians and businessmen to charities and think tanks, will no doubt respond that we should remember St John Paul II’s teaching that work is the key to the social question. Internationally, the positive Vote Leave case is that trade with the UK will be mutually beneficial with lesser economically developed countries, such as the Catholic countries of Latin America, whose imports into the EU are subject to the Common External Tariff.

The second group of campaigners are those who voted Leave on the basis of migration. Migration directly impacts on the Catholic Church in the UK: Poles and Filipinos, Nigerians and Irish are to be found in parishes the length and breadth of the land. Millions of votes were cast as a response to the feeling that working class livelihoods and communities were threatened by massive un- and semi-skilled, intra-European migration. Frankly, it will be hard to see how any legitimate post-referendum settlement cannot have restrictions on freedom of movement. It would be a betrayal of a huge segment of the British population who already feel the mainstream political parties have abandoned them.

It is possible, then, that the next 5-10 years will see pews thinning, as European Catholics who migrated for economic reasons return home and are not replaced. It is worth pointing out that no one is proposing the expulsion of those already present in the UK, but that a skills- or points-based system should be applied in the future to European citizens as much as non-European citizens, to make entry into the UK race-blind.

How far the restrictions on the free movement of people go depends on the steps taken to satisfy the third group of campaigners: the 48 per cent who voted Remain. Other than comparatively few integrationist die-hards, most Remainers recognised imperfections in the European settlement but considered preferential British influence from the inside. As Fr Alexander Lucie-Smith notes, that was not “the sort of approach…best designed to win referenda”; as much as the pressure is on Leavers now to explain the future direction of the UK in Europe, Remainers were perilously quiet in their vision for a European Union led by Britain.

Many Remainers hope that the UK leaving the particular legal and political arrangements of the European Union will be replaced by the UK joining either the legal and political organisations of the European Economic Area or the European Free Trade Area. The advantages and disadvantages of both are technical, and there may be merit in joining one as a transitional measure to a bespoke relationship with the EU (the UK is the fifth largest global economy and will be by far the biggest export market for European trade).

But the stumbling block remains: will the UK have to accept the pre-referendum status quo on migration, which both EEA and EFTA membership entails? Will the price of entry to the common markets of free movement of goods, services and capital be the free movement of people? Much rides on the bargaining power and quality of the UK negotiators, the political will of the government, and the reactions of Europe’s leaders. There are many factors that will shape the negotiations: I would be surprised if there were no form of inward free movement of EU citizens proposed in exchange for reciprocal rights for Britons abroad.

Brexit won’t trigger the unrest and violence seen in countries like Greece during the depths of the European recession. But continuing to ignore the principle of subsidiarity, a core precept of Christian social teaching, will decrease the likelihood of the “peaceful coexistence of the entire European continent” that Pope Francis called for in the referendum aftermath.

As European leaders – many of whom are practising Catholics – meet to discuss their responses to the vote, they should remember the widespread dissatisfaction at the Eurozone, the European response to the refugee crisis, and the trampling of democracy that the EU has condoned. As Jesus cautioned his disciples in the Sermon of the Mount (and in the glorious English of the King James Version), “And why beholdest thou the mote that is in thy brother’s eye, but considerest not the beam that is in thine own eye?” (Mt 7:3).

[Peter Smith is a lawyer and Catholic Voices speaker who campaigned for Leave. See also comments on Brexit by Pope Francis here and the Catholic bishops of England and Wales here.]

This blog offers comments on news stories as they relate to the Catholic Church. For more information on Catholic Voices visit www.catholicvoices.org.uk
View all posts by catholicvoicesmedia →
This entry was posted in EU Referendum, Europe. Bookmark the permalink.
%d bloggers like this: