Lord Alton on Brexit: ‘the Reformation teaches us the cost of divorce’

Posted on June 30, 2016 by catholicvoicesmedia 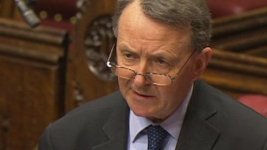 The first political meeting I attended as a teenager was in 1968. It was to hear an erudite but rather dry speaker extol the virtues of the Common Market. His arguments, but even more so the war-time experiences of my father and grandfather, convinced me that more “jaw jaw” and less “war war” – as Winston Churchill once famously put it – was the clinching argument for entering the Common Market.

My father had been at Monte Casino and in the North African desert, his brother killed in the RAF, and his father had been in the Flanders trenches and later in Mesopotamia and the Holy Land. Another generation later, in 2016, and those powerful and shocking experiences – and the passionate belief that history should not be allowed to repeat itself – were arguments that had lost much of their resonance in Britain’s E.U. referendum campaign.

The German Konrad Adenauer, the Frenchman Robert Schuman, and the Italian Alcide de Gasperi, Christian-Democrat founders of the future EU, meeting in 1952

As a Catholic, with a partial Jesuit education, I had other reasons for supporting the Common Market and then the European Economic Community. Adenauer, Monnet, Schumann, de Gasperi and the other Catholic founding fathers of the EU had all been shaped by their harrowing experiences of Nazism and Fascism.  All had been formed with Christian humanist beliefs: subsidiarity, solidarity, the promotion of the common good, a belief in social justice and reconciliation, all found their origins in the Church’s teaching documents and social encyclicals.

I have always been disappointed that British schools – not least the 2,200 Catholic schools – have lamentably failed to include a curriculum module explaining those events and the vision of the founding fathers. Mostly, people feel suspicious or disconnected from today’s Eurocrats. My colleague, (Lord) Peter Hennessy, the celebrated Catholic constitutional expert and historian, has said with wry humor and more than a little truth “Europe was set up by clever, Catholic left wing, French bureaucrats. Most Brits have got problems with at least three of those five.”

But these were never insurmountable problems.

In 1975 as a young local politician in Liverpool I campaigned for Britain to stay in the Community and 67% of the British people agreed.

So what went wrong?

In 1992, at the time of the enactment of the Maastricht Treaty, I criticized the political elites for running too far ahead of public opinion and by 2007 I spoke out against the Lisbon Treaty, believing it was endangering a great deal that the European Community had achieved. Most Brits probably still do believe in a loose Community of European nations – but certainly not in a centralized European super-state replete with a one-size-fits-all set of policies, from currency to a European army. 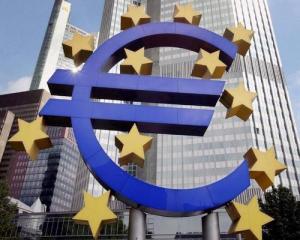 The 1992 Maastricht Treaty led to monetary union and a single currency — but the UK opted out.

If, in June 2016, there had been a third question on the ballot paper, rather than the binary take-it-or-leave-it option to leave or remain, I believe a majority would have voted for “remain but reform”  – just as I think a majority of Scots would vote for “devo max” (more devolution) rather than the other binary option of independence or status quo.

There is no appetite in Britain for a United States of Europe and there never has been; nor do I think there is in vast swathes of Europe who want to have strong partnerships and alliances while retaining their own identity as nations.

An antagonism to a creeping United States of Europe agenda –pursued with stealth and camouflage – has been combined with a deep dissatisfaction with the unaccountability of Brussels fueled by a skepticism about Europe’s failure to deal with conflict in the Middle East and the ensuing mass migration of terrified people.

Although, along with my family, I voted to remain in the EU, I predicted a win for the Leave campaign. I squarely lay the blame at the door of politicians both in Westminster and Europe who have become detached from the people they are supposed to represent. It hardly helps when Luxembourg’s Jean-Claude Juncker, just days before Britain voted, told UK voters that however they chose to vote it would not make any difference. 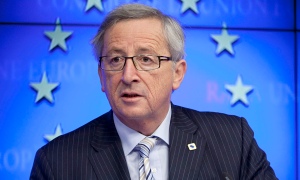 Now, post referendum, Mr Juncker seems driven by a mean-spirited determination to gain revenge and to punish. What that reveals is a disdainful arrogance unworthy of Europe’s founding fathers. Continue like that and it won’t only be the UK that seeks an exit from the EU. Ask the Dutch, the Danes, the Swedes, Poles, Czechs, Slovaks and Hungarians what they think of Junckerism and the answer is much the same.

[The German, French and Italian premiers] Angel Merkel, François Hollande and Matteo Renzi should see what can be rescued from the car wreck of this tumultuous referendum. And some of those who have been using populist and xenophobic arguments must also understand that it is much easier to summon up the tempest than it is to quell it.

Divorce always has terrible repercussions, but sometimes separation can be mediated that does not do life-long damage, especially to the children. And any mediator will tell you that it is always better to keep talking rather than unduly hasten the disposal of assets and the breakup of the matrimonial home.

Four hundred years after the Reformation that severed the Christian Church in Europe – with repercussions that we live with until today – we all know that it is much easier to break something up than to work within and to reform it.

Our Union Flag and our English Cross of St George – much in evidence in the attire of English football fans at the 2016 UEFA European Championship – are symbols of “union” and a common faith. St George is thought to have been a Palestinian, and everywhere you look in Britain is evidence of the whole world in one country. That’s what makes Britain truly great. Europe needs Britain, as it did in two world wars, just as Britain needs its friends in Europe.

The referendum result reveals a United Kingdom of deep divisions: between Remain and Leave, but especially between the metropolitan elites and those who live in poorer urban neighborhoods; between Scots and English; between rich and poor. It also reveals a Europe that risks disintegration, and one which will inflict a mortal wound upon itself if it now seeks to isolate, punish and excoriate the 17.5 million British people who voted to Leave.

In 1907, the Catholic writer, G.K.Chesterton, published his poem “The Secret People”. It is about voiceless and overlooked common folk who remind their rulers: “Smile at us, pay, pass us, but do not quite forget; for we are the people of England that never have spoken yet.” 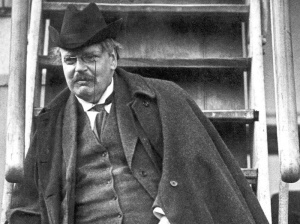 G.K. Chesterton: the ‘secret people … have not spoken yet’

When the political classes – the Left especially, whose leadership is now in meltdown in the UK – dismiss supporters of Brexit as racist or xenophobic, that they haven’t been listening to Chesterton’s secret people – millions of them.

That surely is the challenge – for Britain and Continental Europe.

The Chinese calligraphy for the word ‘crisis’ is also used to represent the word ‘opportunity’ – perhaps that is what we all now need to consider. How can we turn this crisis into an opportunity for heart-searching and genuine reform?

Article 50 of the Lisbon Treaty – which the UK will have to invoke to begin these divorce proceedings – requires “the EU to take account of the framework for its future relationship.”

That requirement should now be the basis for a re-interpretation of European relationships — the possibility for those who seek it of living in a Community rather than a Union.

Instead of recriminations we need wise heads, steely nerves and steady hands to return to the principle of the founding fathers and see whether within the framework of subsidiarity, solidarity and the common good, there are structures that enable us to live together amicably – in diversity and respect.

This blog offers comments on news stories as they relate to the Catholic Church. For more information on Catholic Voices visit www.catholicvoices.org.uk
View all posts by catholicvoicesmedia →
This entry was posted in EU Referendum, Europe. Bookmark the permalink.
Loading Comments...
%d bloggers like this: