Posted on June 7, 2018 by catholicvoicesmedia 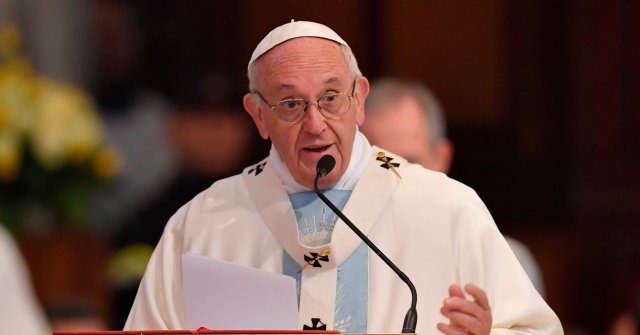 Day for Life is the day in the Church’s year dedicated to raising awareness about the meaning and value of human life at every stage and in every condition. This year’s Day for Life aims to raise awareness of the vile crime of human trafficking.

In his latest Apostolic Exhortation, Gaudete et Exsultate, Pope Francis calls on all Catholics to see the holiness in others by recognising their dignity. He asks us all to “respond with faith and charity, and see in this person a human being with dignity” (Gaudete et Exsultate 98).

Our defence of the innocent unborn, for example, needs to be clear, firm and passionate, for at stake is the dignity of a human life, which is always sacred… Equally sacred, however, are the lives of the poor, those already born, the destitute, the abandoned and the underprivileged, the vulnerable infirm and elderly exposed to covert euthanasia, the victims of human trafficking, new forms of slavery, and every form of rejection (Gaudete et Exsultate 101).

Invoking the intercession of the Patron Saint of victims of human trafficking and modern slavery, St Josephine Bakhita, Pope Francis has sent his Apostolic Blessing to those marking Day for Life. The Holy Father prays “that God might free all those who have been threatened, wounded or mistreated by the trade and trafficking of human beings and bring comfort to those who have survived such inhumanity.”

The Catholic Bishops’ Conference of England and Wales has responded to the rise in these inhumane crimes by developing the Santa Marta Group – a global alliance of international police chiefs, bishops and religious communities working in partnership with civil society to eliminate human trafficking and modern slavery. It is named after the house where Pope Francis lives and where the founder members stayed in 2014 prior to signing, in the presence of the Holy Father, an historic declaration of commitment. The Group now has members in over 30 countries.

Day for Life is the day in the Church’s year dedicated to raising awareness about the meaning and value of human life at every stage and in every condition. On 17 June, in England and Wales, there will be a mandatory second collection in parishes to support Day for Life. Proceeds of the collection will go to a full range of work that supports life in all its forms. This includes the Anscombe Bioethics Centre and other Church supported life activities.

In the UK alone, it is estimated that every year there are over 13,000 victims of trafficking. Day for Life asks for your prayers and donations in supporting those that work to restore their lives to the full.

Find out more at www.dayforlife.org.

The papal message and blessing was sent by the Apostolic Nuncio to Great Britain, His Excellency Archbishop Edward Adams, to Bishop John Sherrington, Bishop for Day for Life on the instructions of the Secretariat of State of His Holiness Pope Francis.

The Secretariat of State of His Holiness has asked me to reply to your letter of 23 April 2018, in the matter of the Day for Life, to be held in Scotland on 31 May, and in England and Wales on 17 June.

Informed by these observances, Pope Francis invokes the intercession of St Josephine Bakhita, the patron of the victims of human trafficking and modern slavery, praying that she might intercede on their behalf with the God of Mercy so that the chains of their captivity will be broken. He prays that God might free all those who have been threatened, wounded or mistreated by the trade and trafficking of human beings and bring comfort to those who have survived such inhumanity.

The Holy Father appeals to us all: that we may open our eyes and be able to see the misery of those so deprived of their dignity and their freedom, and hear their cry for help. In giving assurance of his prayers, His Holiness imparts to the organizers and participants of the Day for Life his Apostolic Blessing.

Greeting Your Excellency respectfully, I remain, in Our Lord